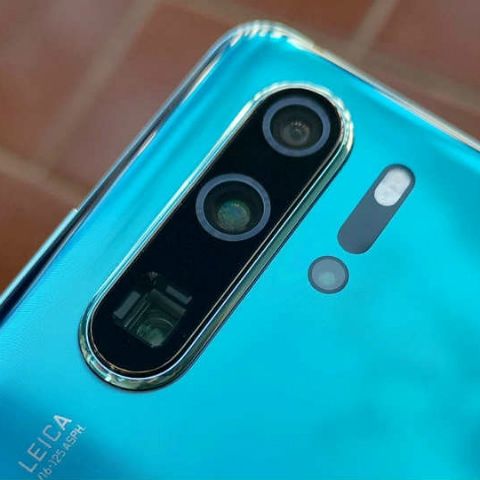 The P30 Pro will now be able to shoot videos in wide angle and close up.

Huawei has announced a new software update for its P30 Pro handset, which brings new camera capabilities. The smartphone is getting a new camera mode that will enable it to shoot using different perspectives by recording via both telephoto and wide-angle lens. Additionally, the handset is getting updated with AR measure option.

Huawei Consumer Business Group India, today announced that the recently launched flagship – the Huawei P30 Pro receives second software update to further enrich consumer experience. Touted as a smartphone designed to re-write the rules of smartphone photography, the new updates on P30 Pro will enable users to capture videos in dual mode. Additionally, with the new AR measure update, users can use the phone as a veritable measuring tool.

HUAWEI P30 Pro brings in a refreshing way to shoot and view videos. The HUAWEI Dual-View Video feature uses multiple cameras at once to capture videos, enabling the user to shoot a video from different angles, at once.  While one camera shoots a wide angle, the other camera captures a close-up. Therefore, now it’s possible to see two new perspectives on one single screen. In this mode, the camera located closer to the lower portion of the device captures it all with a wide field of view, while the camera installed more closely on top part of the device, capture a close-up. The user may freely adjust the level of magnification as well. This mode of shooting is particularly useful while capturing large-scale events such as sporting matches and concerts. Give the subject the attention of a zoomed-in shot without missing the big picture—all from the comfort of your “director’s” chair.

Similarly, the all new HUAWEI AR Measure update helps you to ‘size up the world with your smartphone!’. The new update combine the P30 Pro’s TOF Camera with leading AR technologies.  Thus, the Huawei Measure AR is a handy app that transforms the device into a measurement tool – the most powerful measurement tool available in a smartphone. It can not only be used for measuring the length of lines and area of surfaces, but also volume of objects as well as a person’s height, thanks to its facial recognition capability. The margin of error is around one percent only. When multiple subjects are within the frame (like friends and family in a group setting), HUAWEI AR Measure can measure the heights of all subjects at one go.

The new flagship device from Huawei, the HUAWEI P30 Pro features a 40MP primary camera with HUAWEI SuperSpectrum Sensor, a 20MP ultra-wide angle camera, an 8MP telephoto camera fitted with SuperZoom Lens and HUAWEI TOF Camera and a 32MP front camera. It features a new generation of FullView display that supports a resolution of up to 2340x1080. The 6.47’’ OLED Dewdrop display brings stunning colours and greater viewing. HUAWEI P30 Pro features world's first 7nm mobile process chipset, Kirin 980, with stronger performance and lower power consumption. The device comes with a full support long-lasting 4,200mAh battery with intelligent power saving technology. It also features a new generation of HUAWEI SuperCharge, which supports 40W charging—enough to charge the device by 70 percent in 30 minutes, which is TÜV Safety Certified. HUAWEI P30 Pro also features the revolutionary Wireless Reverse Charging technology, allowing the device to be used as a power bank for other gadgets.

Priced at INR 71,990, the device is available in an 8GB RAM + 256 GB ROM variant and features two breath-taking colours, Breathing Crystal and Aurora. Early bird consumers will get an exclusive bundle with the HUAWEI Watch GT for INR 2,000 extra (Total of INR 73,990). The market price of the watch is INR 15,000