10.or D sold out under 1 minute in first sale, claims Amazon 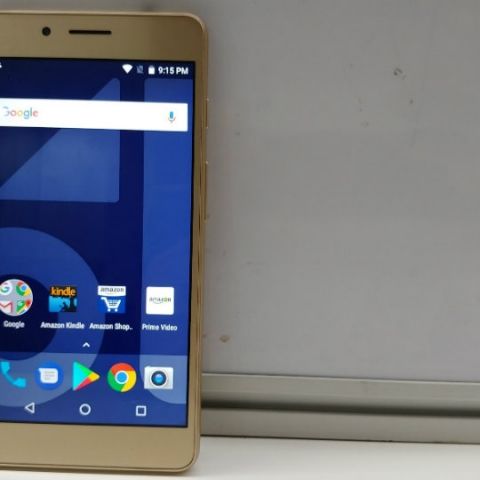 Amazon held the first sale of the 10.or D on Saturday. The online retailer claims that the device went out of stock under a minute. Amazon also said that the device garnered over 300,000 registrations from customers after it was announced on December 20, 2017.

10.or (pronounced Tenor) smartphones’ 10.or D witnessed record sales as it went on sale exclusively on Amazon.in at 12 noon today.  All units of the smartphone were sold out in less than 1 minute.

Noor Patel, Director Category Management, Amazon India said, “We are delighted to have witnessed such an overwhelming customer response for the 10.or D smartphone. We had over 300,000 registrations from customers. We are delighted to offer our Prime members the delivery of their 10.or D starting as early as tomorrow morning. This follows the fantastic response that we received on 10.or G and E celebrations recently. During the recent 10.or celebrations - 10.or E and G registered a growth of over 10 times in sales when compared to a normal day.”

10.or (Tenor) first launched its 10.or E in September 2017 followed by 10.or G in October 2017. All 10.or phones are a part of the “Crafted for Amazon” program and will be manufactured in India, with only the first set of units made in China. 10.or E and G are made by Huaqin Technologies while 10.or D is made by Longcheer Technologies.

Customers buying 10.or D series get up to INR 1500 back with Jio Unlimited plan starting at INR 199 per month. Amazon Prime members will get an additional year of extended warranty for all devices.  10.or E & G continue with discounts of INR 1000 on both the variants.

All 10.or smartphones come with pre-loaded Amazon experiences: shopping, Kindle and Prime Video Apps; a daily deals widget all tied together by a single-sign-on (SSO) during initial device set-up.