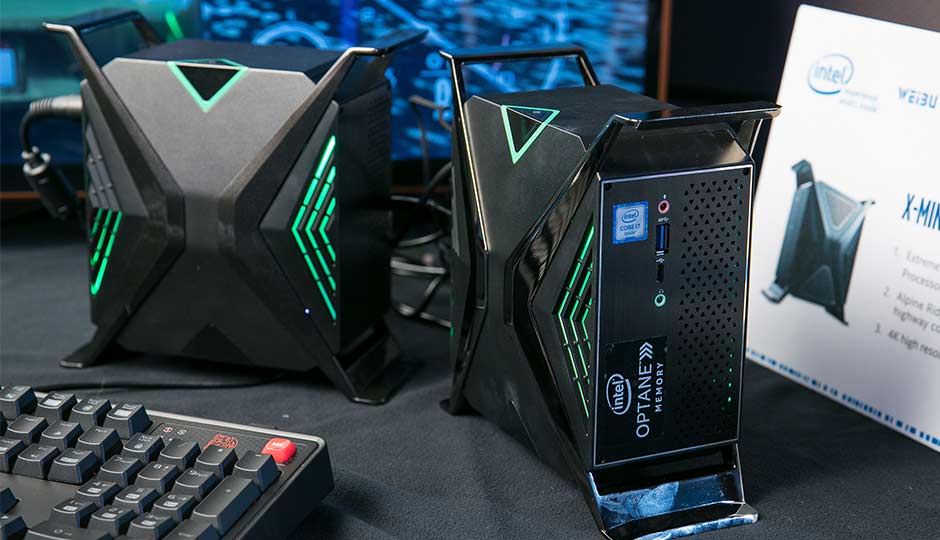 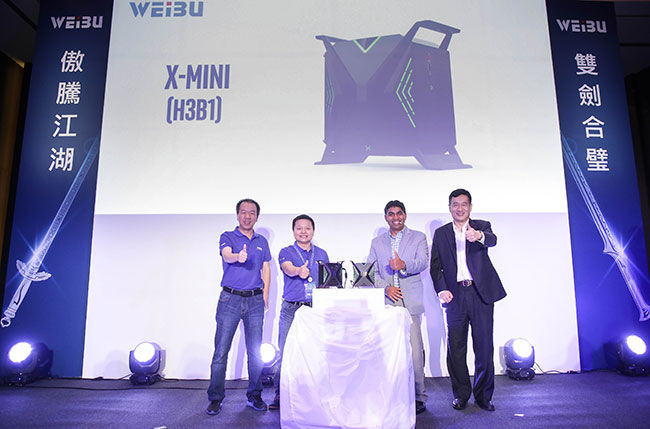 It is equipped with a cool SFF chassis, which features a strong X-shaped metal frame and the LED lights on the inside.

With the increased speed and responsiveness from having Intel® Optane™ memory together with a 7th Generation Intel® Core™ processor in the Weibu X-Mini Gaming Box, users can do more with their system without sacrificing the value and capacity of a hard disk drive. Intel® Optane™ memory enables web browsers to launch faster than with just a hard disk drive. Games and levels also load and launch faster, keeping users in the game. Even everyday tasks, such as launching productivity apps like email clients, launch faster than with just a hard disk drive. And, because it is smart and adaptable, Intel® Optane™ memory adjusts to your computing habits with intelligent software that learns your computing behaviors, making everything you do faster, smoother, easier.

The Weibu X-Mini Gaming Box will soon start sampling in mid-June and mass production in second half of 2017 to Europe, US and China, and is aimed at young adults who are into the cyber gaming industry.

Weibu will continue to collaborate with Intel to bring richer products and more exciting experiences to the global market in the near future.