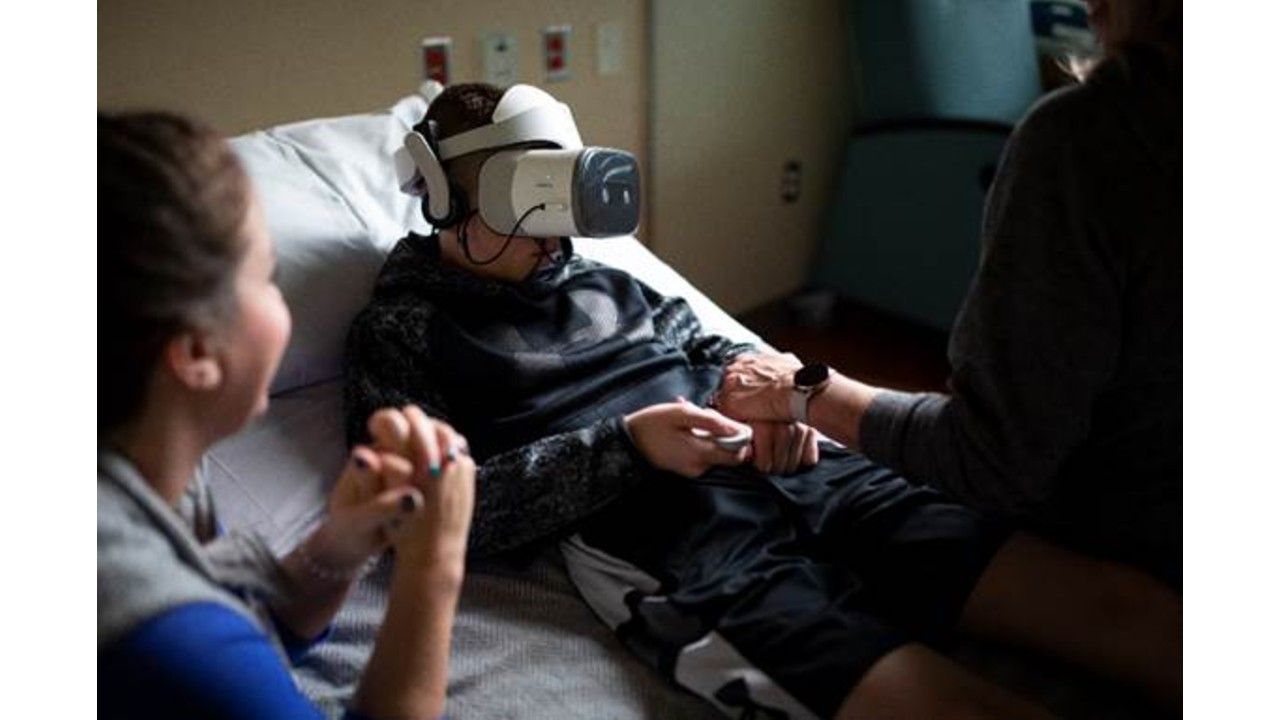 Lenovo has demonstrated the possibilities of virtual reality (VR) in managing pain for hospitalized children. Paediatricians are using the Lenovo Mirage Solo VR headset as a procedural tool for critically ill young patients, primarily to reduce anxiety during mild to moderately painful procedures.

A groundbreaking use of Lenovo technology is demonstrating the possibilities of virtual reality (VR) in managing pain for hospitalized children. Paediatricians are using the Lenovo Mirage™ Solo VR headset as a procedural tool for critically ill young patients, primarily to reduce anxiety during mild to moderately painful procedures. By using VR as a calming distraction, several patients have been able to undergo these procedures while awake, cutting down lengthy recovery times, and reducing the need for medication.

This technology has strong potential for India, where technology is becoming more broadly accepted as part of the solution for improving healthcare: Lenovo today released the results of a new global survey that shows people in India are among the world’s strongest supporters of the potential of technologies, such as VR, to positively impact health. Around 61 percent of Indians surveyed – the largest percentage of any market in the world other than China – agree that technology has had a positive impact on society by improving healthcare. Additionally, Indian respondents rank healthcare second in the global challenges most likely to be solved by technology (after education).

“India has the right combination of strong technical knowledge and openness to make the most of technology in new ways. As technology transforms the world into a more intelligent and inter-connected place, the application of virtual reality to areas like pain management is one of many examples of Lenovo’s commitment to creating smarter technology that transforms society. In addition, our new global survey shows that people in India share our belief that technology can benefit humankind in crucial areas such as health and wellness.”

This application has been highlighted in a new film, This is Life, focusing on the Starlight Virtual Reality program at Children's Hospital Colorado in the United States. Hundreds of Starlight partner hospitals and healthcare facilities in the US use the headsets as an alternative to general anesthesia.

“Due to the distressing nature of treatments such as a lumbar puncture, where a needle is used to withdraw spinal fluid and sometimes administer medication, our patients often receive the procedure under general anesthetic. Virtual Reality can be used in place of general anesthesia to help tolerate pain, and in fact, it is having a profound impact on the quality of life of our hospitalized children. We are seeing children who used to require general anesthesia, now able to be fully awake with minimal medications.”

To unearth new insights into the social changes and benefits of intelligent technology and smart devices, Lenovo surveyed more than 15,000 individuals, across the US, Mexico, Brazil, China, India, Japan, UK, Germany, France and Italy. The research found that people around the world believe new technologies have the power to transform the health care space, with 47 percent of global respondents saying technology will be “critical” in transforming health care in the future.

Furthermore, the majority (84 percent) of respondents say they believe technology can empower people, communities and society to help address and solve big global problems, including in the health care field, while a quarter (25 percent) report they feel technology companies have a responsibility to help address and solve major challenges facing society and the world.

Lenovo aligns its mission – Smarter Technology for All – with this societal responsibility using smarter technologies from VR to Artificial Intelligence (AI) to improve lives.

Lenovo surveyed 15,226 people in eight languages across 10 global markets, including the US, Mexico, Brazil, China, India, Japan, UK, Germany, France and Italy. The respondent sample was nationally representative of the online adult population (18+) in each market.
The survey was conducted March 31st – April 27th, 2019 and the overall margin of error is +/- 1 percentage point (at a 95 percent confidence level); the margin of error within each country is +/- 3 percentage points (at a 95 percent confidence level). The survey probed respondents on how they view the role of technology in their lives and in society, both today and in the future.