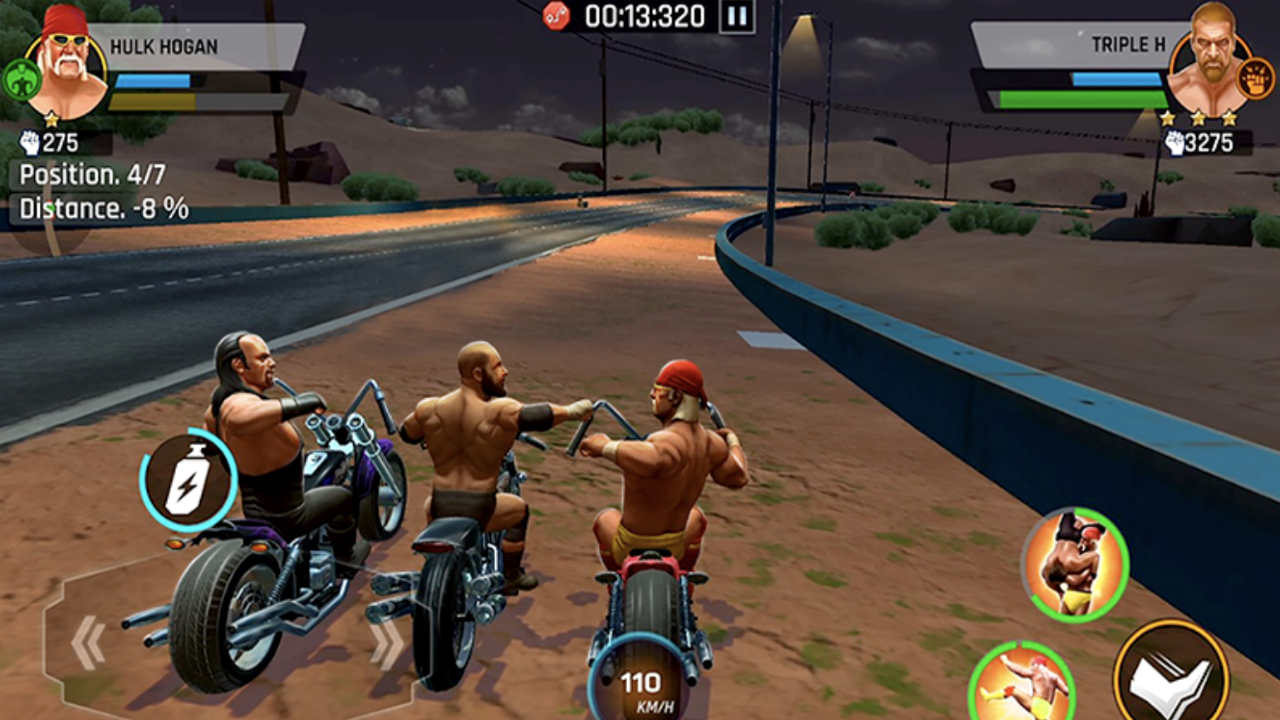 JetSythesis and WWE have announced that WWE Racing Showdown is now available for iOS and Android devices. The game is free to download and sees WWE Superstars engage in a mix of action and racing. It also offers authentic voiceovers and commentary from WWE Superstars and Legends.

JetSynthesys, a leading digital entertainment and gaming company, and WWE today announced WWE Racing Showdown, a new mobile game in India which is now available to download for free on iOS and Android devices.

“India is home to some of WWE’s most passionate fans and we’re thrilled to share this new, action-packed racing game through our partnership with JetSynthesys, an organization with a proven track record as a successful mobile game publisher and developer in India,” said Sarah Cummins, WWE Senior Vice President, Consumer Products.

WWE Racing Showdown is equipped with a host of exciting features where players can: