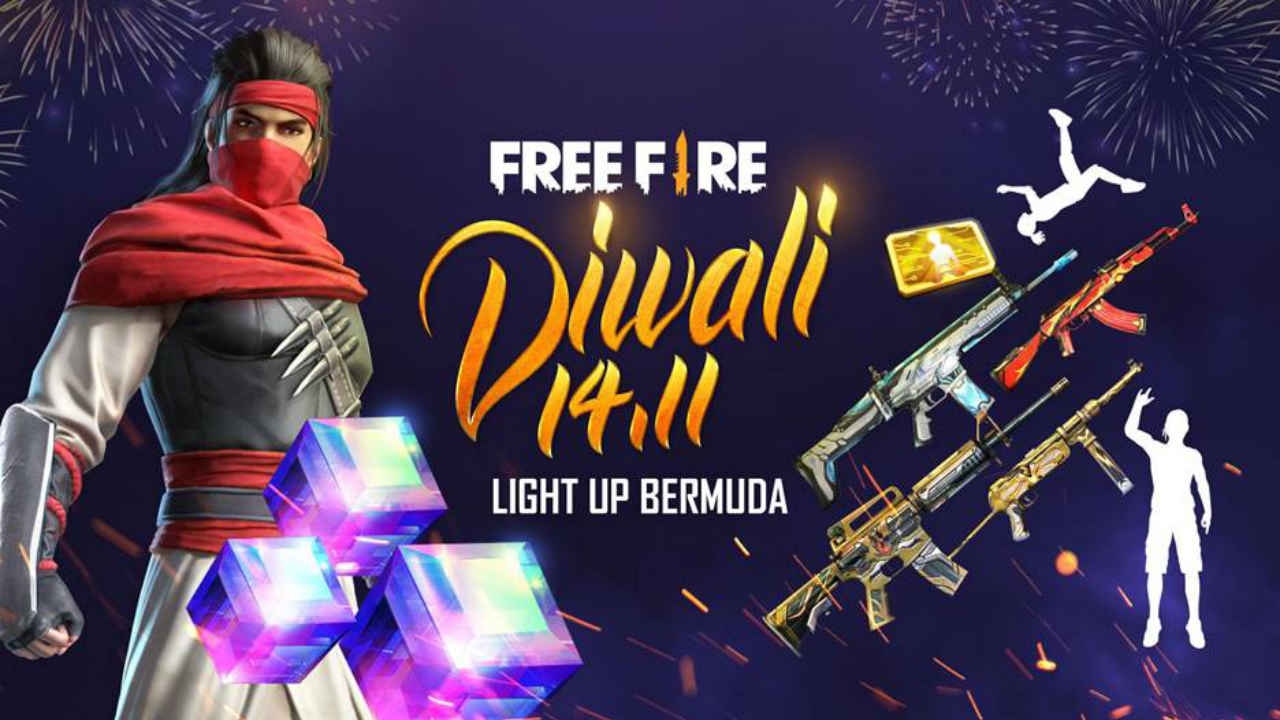 Garena has relieved that it’s recent Diwali campaign for Free Fire called ‘Light Up Bermuda’ garnered over 17 million views across its two-week campaign period. The campaign included a number of in-game events as well as a series of videos including a Diwali 2020 music video called ‘Jeet’.

Garena, the leading global online games developer and publisher based in Singapore, brought together millions of Indians to celebrate a #FreeFireDiwali in its latest “Light up Bermuda” campaign. Through a host of exciting events, including the launch of a new music video, a dance challenge, and a video series, alongside plenty of in-game activities, the localised campaign enabled the Indian community to celebrate this joyous festival from the comfort and safety of their own homes. The campaign received a warm welcome, garnering more than 17 million views across the two-week campaign period.

Garena lined up a series of exciting Diwali-themed in-game events and collectibles for players. This included Diwali Ludo, which had players collect rocket tokens on the game map to play a Diwali-themed version of Ludo.

The event gave players the chance to win the Indian themed Fearless Warrior costume and a Bhangra emote, both the first of their kinds for Free Fire in India.

The celebrations continued with Diwali-themed features sprinkled throughout. This included “Happy Diwali” fireworks in Spawn Island, which certainly livened up the atmosphere.

As part of the “Light Up Bermuda” campaign, Free Fire launched their official Diwali 2020 music video – “Jeet” – which was written by celebrated Indian singer-songwriter Ritviz. The video, which showcases popular actors cosplaying as some of the most loved Free Fire characters and celebrating Diwali with Free Fire, was well appreciated by the Indian community. It garnered a whopping 6 million views and was trending at #2 on YouTube within just a few hours.

Taking the festivities up a notch, Free Fire engaged superstar Indian choreographers and social media artistes like Melvin Louis, Awez Darbar, Shantanu Maheshwari, Nagma Mirajkar, Faisal Khan, and others, to perform the hook step of “Jeet” for the #FreeFireDiwali dance challenge. People were invited to join in the fun by uploading their own video on Instagram and tagging Free Fire. The challenge saw immense participation across the country as numerous people sent in entries of them grooving along to the rhythmic beat.

Free Fire also rolled out a series of three new entertaining sketches that light-heartedly highlighted different types of Diwali situations. The videos were widely appreciated and garnered over 2 million views.

A Wing vs B Wing Diwali
Vishwas, Veena, (and Pushpa's) Diwali
Out Of Home Diwali

The campaign also saw the launch of an action-packed video featuring some of Free Fire’s most-loved characters – Kelly, Moco, Hayato, and Maxim – who battle their way to something special.

The “Light Up Bermuda” campaign takes forward Garena’s efforts to entertain and engage the Free Fire Indian community with localised experiences specifically tailored to their preferences.

Some of the recent highlights include the introduction of Hindi in the game, streaming of esports tournaments in local languages, and the hosting of community engagement activities such as the YouTube influencers engagement party in Goa. Free Fire has also previously launched two campaigns dedicated to the domestic players this year – a digital and outdoor campaign, #IndiaKaBattleRoyale, and an association with superstar Hrithik Roshan in the “Be The Hero” campaign last month.