Xiaomi partners with Dixon Technologies to manufacture TVs in India

Xiaomi is kicking off its TV manufacturing operations in India with the assembly of its 32-inch and 43-inch models of its Mi LED Smart TV 4A. 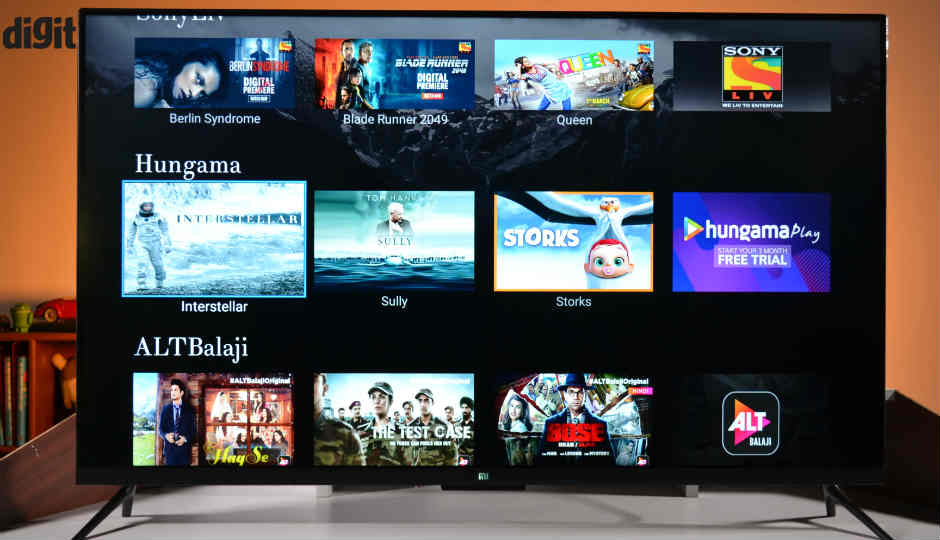 Xiaomi partners with Dixon Technologies to manufacture TVs in India

Xiaomi has announced that it will now locally manufacture its Mi LED Smart TVs in India. The company has teamed up with Dixon Technologies to do so in Andhra Pradesh and it will be starting the local assembly with the 32-inch and 43-inch variants of its Mi LED Smart TV 4A. Xiaomi says that this move will provide jobs for 850 people and result in a production capacity of 100,000 Mi LED TVs per month by Q1 2019.

Xiaomi, India’s number 1 smartphone brand today announced local manufacturing of Mi LED TVs. Taking another step towards its commitment to Make in India, Xiaomi has partnered with Dixon Technologies to locally manufacture its range of Mi LED TVs in India.

The new Mi LED TV manufacturing plant, built in partnership with Dixon Technologies is located in a campus in Tirupati, Andhra Pradesh with a total campus area spanning across 32 acres. The factory with Dixon Technologies now employ more than 850 people. The factory will result in a production capacity of 100,000 Mi LED TVs per month by Q1 2019, during operational hours which if laid down covers more than 11 football fields* of surface area.

Manu Jain, Vice President, Xiaomi and Managing Director, Xiaomi India said, “Xiaomi’s tremendous success in India has been primarily contributed to our commitment in India and we are proud to take the next step with the support of state of Andhra Pradesh. After a successful smartphone journey, we are beginning a new chapter with Mi LED TV manufacturing in India. We are already the number one Smart TV brand in India, and we hope that with our increased focus on local manufacturing, we would be able to increase our supply and ensure we can reach out to many more Mi Fans.”

Honorable Chief Minister Sri Nara Chandrababu Naidu said, “Andhra Pradesh continues to lead by example when it comes to Ease of Doing Business and the attractive policies for investors in the state which is attracting blue-chip manufacturers in the field from all over the world. I have a vision of making Tirupati an IT Hub offering a one-stop solution for leading electronics players encompassing the entire life cycle of and ecosystem in electronics from design to death.  Today, I am delighted to welcome Xiaomi, the undisputed leader of Smart TVs in India along with Dixon Technologies to the city of holy city of Tirupati in Andhra Pradesh and to the family of other leading electronics players in the state who will all together help showcase Andhra Pradesh to the world as an example of transparent governance and seamless execution in setting up of projects.”

Sri. Nara Lokesh, Minister for Information Technology, Panchayati Raj and Rural Development also commented saying, “I am proud to announce that once again another leader in its field has chosen to set up its manufacturing plant in Andhra Pradesh. Keeping this in mind, today, we are excited that Xiaomi and its partner Dixon Technologies have chosen to join the many electronics heavyweights who have set up or are in the process of setting up their manufacturing facilities in Andhra Pradesh. Our target is to get an ecosystem in state where 250-billion-dollar worth of electronics manufacturing happen in the state of Andhra Pradesh, which is half of country consumption of electronics in India every year. I have no doubt that our esteemed partners like Xiaomi will go a long way in working towards making this dream a reality.”

Mr. Sunil Vachani, Executive Chairman, Dixon Technologies (India) Limited said, “Firstly, we would like to give our heartfelt thanks to the Hon’ble Chief Minister, Hon’ble Minister of ITE & C and other dignitaries present for taking time out of their busy schedules for this occasion. Your presence strengthens our belief that we are on right path. Also, we would like to congratulate Xiaomi for their innovations and making a mark for themselves in technological world whilst keeping the affordability intact. With Dixon’s manufacturing experience and Xiaomi’s innovative solutions, we are sure that the consumers are going to be immensely benefited.”

Xiaomi announced in 2015 that it was going to manufacture its smartphones locally in India, in a show of commitment to Honorable Prime Minister Shri Narendra Modi’s ‘Make in India’ initiative. Today, Xiaomi has 6 smartphone manufacturing plants in India in partnership with Foxconn and Hipad Technologies across Sri City, Andhra Pradesh, Sriperumbudur, Tamil Nadu and Noida, Uttar Pradesh and its first powerbank plant (in partnership with Hipad Technologies). Currently, over 95% of Xiaomi smartphones sold in India are made in India.