Besides offering connectivity options like Bluetooth, AUX-IN and more, the speaker also has a mic for hands-free calling 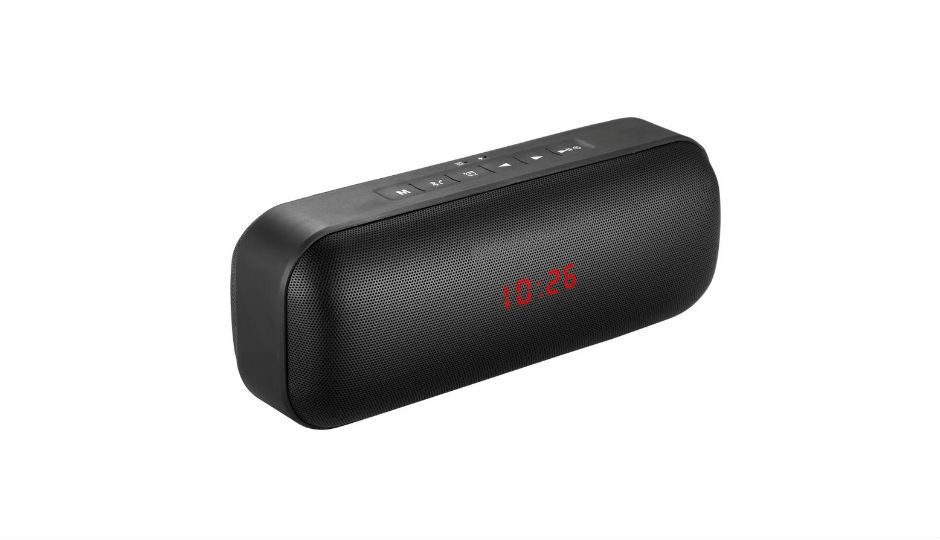 Portronics has launched a portable Bluetooth speaker called the Sublime III. Priced at Rs. 2,999, the speaker offers connectivity via Bluetooth, AUX-IN, SD cards, and USB with OTG cable. It also features a mic so users will be able to use the speaker for hands-free calling. The Portronics Sublime III is equipped with a 2200mAH battery and the company claims that it can play music for six to eight hours in a single charge.

Portronics, a highly trusted name in field of Innovative & Portable Digital Devices and Gadgets, is proud to launch a high quality and extremely versatile re-chargeable Bluetooth stereo speaker, “Sublime III” – which is much more than just a speaker.

The most awe-inspiring part of this rugged and stylish audio gem is its sheer versatility. You can play it with multiple sources of music, set wake-up alarm, and use it as a speaker phone for calls.

Your favourite music is scattered around in your multiple devices like smartphone, tablet, laptop, pen-drives, micro SD cards, non-Bluetooth devices like MP3 Players & desktops or is even played on your favourite FM radio channels. The versatile Sublime III allows you to connect any of these music sources via Bluetooth, AUX-IN, SD Card and USB with OTG cable. You can simply change modes by just a press of a button and it will announce and display the current mode for your convenience.

Sublime III also gives you great convenience of hands-free phone calls. With an in-built mic and speakerphone facility, you can take/reject/end calls of your smartphone. You can also end or deny calls very easily and continue with your favourite songs without missing a note.

Sublime III comes with in-built time display and an alarm clock and offers two powerful 4.5 W inbuilt speakers with great amplifiers to offer unmatched surround sound output.  It has a powerful metal grill body of around 650 grams which packs the punch across the audio spectrum. The powerful industry-leading size of 2200mAh lithium Ion battery can play music for more than 6-8 hours on a single recharge. The battery can be recharged in just around 2 hours and the battery indicator LEDs make it easy to know the battery charge status. All this makes it a very compact and highly portable system.

The new Portronics Sublime III is priced at a very striking price-point of INR 2999/-. It is available in very appealing jet black color. You can buy it for yourself or gift it from both online and offline stores.