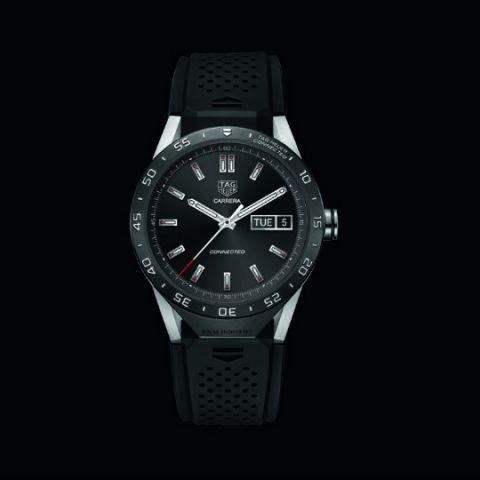 Luxury watchmaker TAG Heuer has launched a high-end, smart timepiece called the TAG Heuer Connected. The Smartwatch which has been developed in partnership with technology giants Google and Intel will cost a whopping $1500 (Rs. 99,548). The watch is powered by Android wear and will sync wirelessly with a smartphone. TAG’s CEO Jean-Claude Biver said, “At TAG Heuer we say, ‘No innovation, no future.’ It’s not enough to have tradition, because tradition connects you to yesterday, and we need to be connected to tomorrow.”

The  TAG Heuer Connected also sports a changeable watch face along with a fitness tracker. The many digital faces of the smartwatch mimic TAG's original watchface designs, giving it a premium look. The watch also comes with seven different colours of wristbands. It can work with any device running Android 4.3 or iOS 8.2 or later. The TAG Heuer also has a 40 hour long battery life which connects to devices through Bluetooth and has 4 GB storage.

The watch will be yet another addition to Google's wearable platform and its high price tag could be an indicator that TAG does not aim to sell a lot of units. Earlier in the year, Apple had also launched the Apple Watch which may see some competition from the Carrera Connected. The Apple watch stainleass steal version costs about $1000, which makes it a member of the luxury wearables category.The TAG Heuer Connected was first launched in New York city post which it will head to the European market.