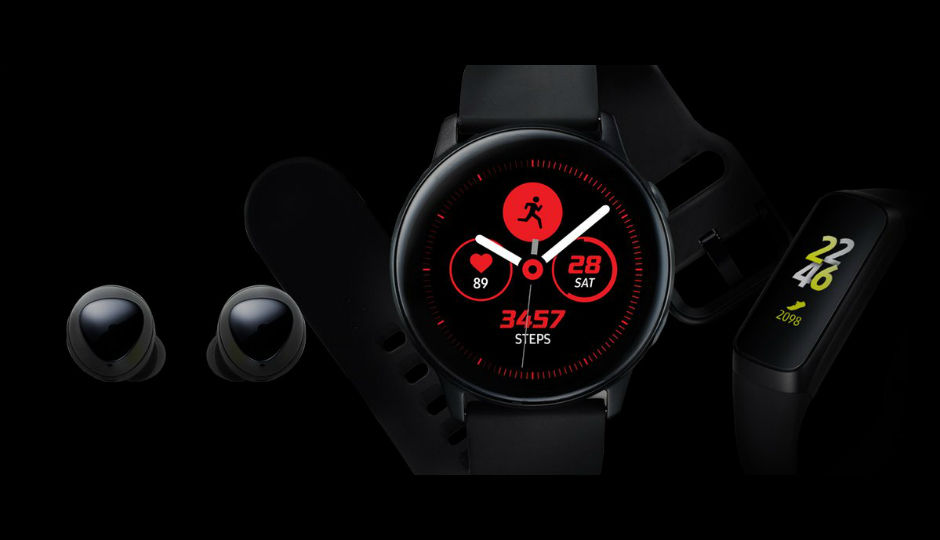 Samsung has leaked the entire lineup of its upcoming wearables on its official Android app. The wearables include the Galaxy Watch Active 40mm, the Galaxy Fit/Fit e fitness band and the Galaxy Buds. The update was first reported by SamCentral on Twitter. When we checked the app, we found all the devices listed on the app and the screenshots of the same are shared below. Samsung is expected to launch these devices along with the Galaxy S10 Series of phones at an ‘Unpacked’ event in San Francisco on February 20.

Previous reports have claimed that Samsung's Galaxy Watch Active has the model number SM-R500 and ‘Pulse’ codename. It is tipped to be powered by the Exynos 9110 chipset and thought to be running on Samsung’s own Tizen 4.0.0.3 operating system. However, a separate report claimed that the wearable will keep the overall interface familiar to its predecessor's with One UI software redesign. It is also reported to “remove the company’s signature rotating bezel”. 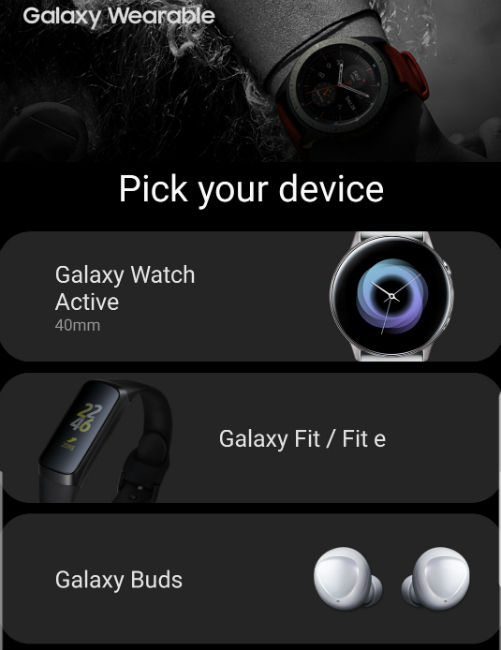 We can expect new and unique watchfaces and a redesigned Samsung Health app with workout tracking and goals on the display. It is speculated that the Galaxy Watch Active will include a feature that will continuously monitor a user’s heart rate. This feature could be Samsung’s answer to Apple’s ECG feature in the Apple Watch Series 4. It is tipped to feature a 1.3-inch diameter display with a 360x360p resolution.

The app also lists the Galaxy Fit and Galaxy Fit e fitness bands with watch-style rubber straps. The first mention of the “Fit e” band was seen in Bluetooth Certification last month. It sports the model number SM-R375 and is listed under “Unique Products” category. There is no clarity on what the “e” stands for, but it also appears in the name of Samsung's toned-down flagship for 2019 - Galaxy S10e. If we apply the same logic here, the Galaxy Fit e could be a lighter version of the Galaxy Fit smartband.

The Samsung Galaxy Buds are said to be the upgrade to last year’s IconX in terms of design. Reports regarding the device are scarce but it is speculated that the buds will get a spec bump compared to last year's audio device. They may sport a larger capacity battery in the earbuds themselves, as well as in the charging case. It has been reported that Samsung will bundle a pair with the Galaxy S10 on pre-orders in select regions. The Galaxy Buds are expected to come in White and Black colours.