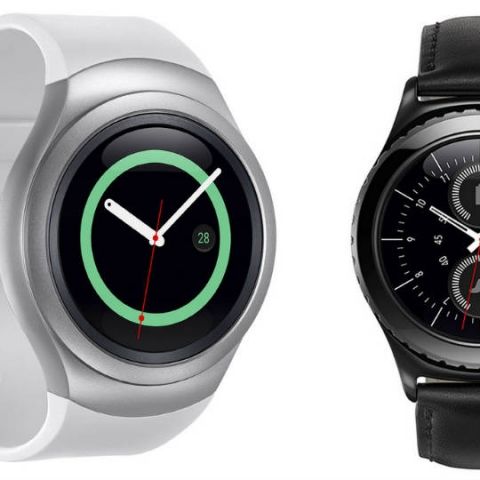 When it comes to specifications too, both smartwatches are identical. The Gear S2 features a dual-core 1GHz processor, 1.2-inch circular display with 360x360 pixels resolution. The device has 512MB of RAM and 4GB built-in storage. For connectivity, it has Wi-Fi 802.11 b/g/n, Bluetooth 4.0 and NFC for mobile payments.

Other specifications include IP68 dust/water resistance, and a bunch of sensors like accelerometer, gyroscope, heart rate monitor, ambient light, and barometer. A 250mAh battery powers the entire package (300mAh for the 3G version), which Samsung claims will see out 2-3 days of regular usage. The watch also boasts WPC standard wireless charging capabilities.

There is a 3G version of the Gear S2 that sports a 300mAh battery, and according to Samsung, is the “first-ever e-SIM with voice capability”. The Gear S2 and the Gear S2 Classic will run on Samsung's Tizen OS, and not Android Wear. How the Tizen smartwatch app ecosystem expands, is something we will see when the device launches. There is no information available on the price or a possible India release date.

We have seen some leaked images of the Moto 360 second gen, which is expected to launch at IFA 2015. With the recent announcement that Android wear devices will now work with iOS, we expect to see a flood of smartwatches launch at IFA 2015, which kicks off in Berlin on September 4th 2015.