The Band 2 has been abruptly taken off the Microsoft store, even though its listing page still exists. Microsoft has also removed the software developer kit for the Band 2. 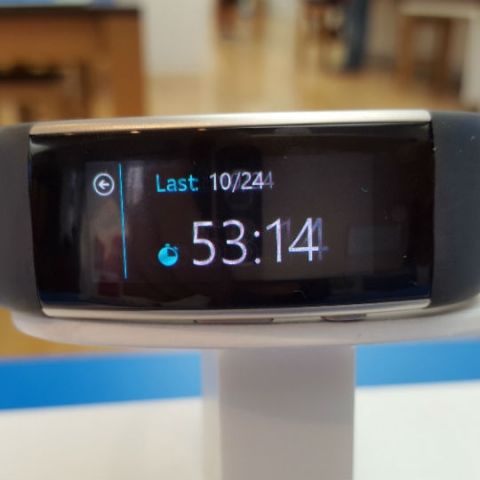 Looks like Microsoft is scaling back on its devices’ portfolio majorly. After the company recently announced that it will stop selling Lumia smartphones starting December, we now hear that the Redmond based tech conglomerate has now sounded the death knell for its fitness trackers.

The Band 2 has been abruptly taken off the Microsoft store, even though its listing page still exists. Clicking on the ‘buy now’ button on the Microsoft Store just takes the user to a generic page, listing all the other products and services from the company. Microsoft has also removed the software developer kit for the Band 2, indicating that it does not want more apps to be developed for the same. However, the Band 2 is still available for purchase on Amazon global, as well as the Indian counterpart, but buying it right now would be a mistake considering the company itself is washing its hands of it.

In a statement to ZDNet earlier this month, Microsoft had said that it has no plans of launching the rumoured Band 3 anytime soon. Although, the company had also written, “We remain committed to supporting our Microsoft Band 2 customers through Microsoft Stores and our customer support channels and will continue to invest in the Microsoft Health platform, which is open to all hardware and apps partners across Windows, iOS, and Android devices.”

Well, looks like Microsoft backtracked on its own commitment as the bands are officially off its inventory.

The Microsoft Band was launched back in October 2014 and housed 10 sensors along with cross platform compatibility. The second generation Band 2 came exactly a year later in October 2015.