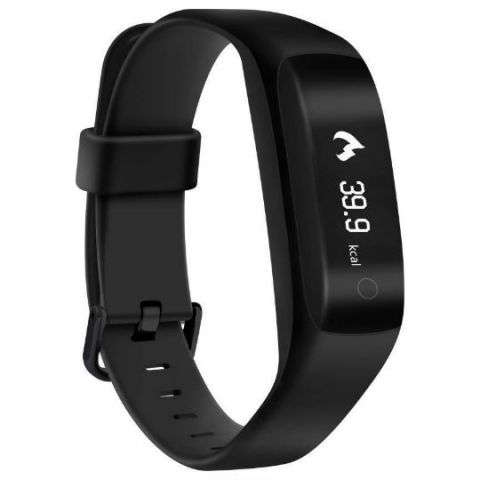 The Lenovo HW01 Smart Band is a fitness tracker with a 0.91-inch OLED display and a silicone strap. The fitness tracker is compatible with Android and iOS, and works via Lenovo's Smart Bracelet app. The band is capable of tracking steps, calories burnt, distance travelled and sleep. It also records heart rate every 15 minutes using the dynamic heart rate sensor. The activity tracker warns users every time the heart rate reaches a designated threshold.

The band shows all the recorded data on its display, but users can also access the same via Lenovo's app. Other functions include - 'Anti-sleep mode' that automatically wakes users in case they fall asleep outside the designated sleep cycle. "This mode alerts users of concentration loss or dozing while driving or working at night," Lenovo explains.

The Lenovo HW01 Smart Band is IP65 dust resistant and comes with an 85mAh battery that can last upto 5 days on a single charge. In comparison, the Xiaomi Mi Band 2 claims to last up to 20 days. The smart band also displays text messages, calls, social media messages and users can even launch select apps, control music. According to IDC, global wearables market grew around 16.9 percent in the fourth quarter of 2016 and Xiaomi gained significant market share with its entry-level fitness tracker. At Rs 1,999, Lenovo will hope to replicate Xiaomi's success with the launch of HW01 Smart Band.