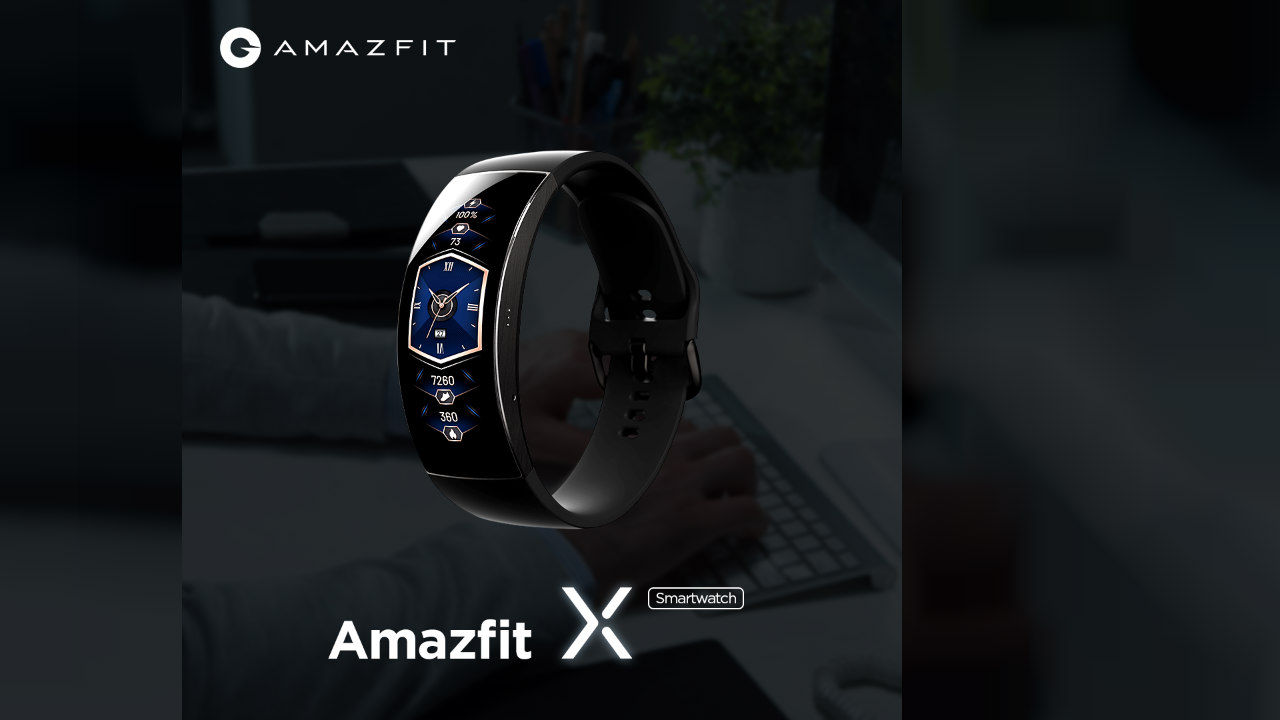 Huami has launched its new wearable, the Amazfit X. The new wearable is currently available via the crowdfunding platform, Indiegogo. The highlight of the device is the large, curved OLED display that makes stand out from the crowd.

As mentioned before, the Amazfit X is available in the via Indiegogo, which ships worldwide so people can get their hands on it if they want. ‘Super Early Bird’ users can pick up the device for Rs 11,193, while the IGG Special edition of the wearable will be available for Rs 13,447. Those interested can make the purchase here.

The Amazfit X comes with a large 2.07-inch AMOLED display with a 92-degree curvature. The company notes that the curve is possible via a segmented motherboard that has been divided into three sections. The display has a pixel density of 326pp and a peak screen brightness of 400 nits. The body is made using a Titanium allow and features no physical buttons. Instead, users can interact with the device via a force-sensing button on the right. The display is protected with Corning Gorilla Glas.

The Amazfit X comes with a BioTracker PPG optical sensor and supports 24/7 heart rate measurement with heart rate zones. It can also detect up to four stress levels, namely Relaxed, Normal, Medium, and High. it also comes with support for PAI, which is an algorithm that can track heart rate data, and converts that into a score that is easier to understand. Besides this, the wearable also comes with a SpO2 sensor that can measure oxygen levels and oxygen saturation in the body.

Finally, the wearable comes with built-in GPS + GLONASS dual-satellite positioning system. In terms of battery, the device packs a 200mAh curved lithium battery, which is tipped to last for seven days on a single charge.