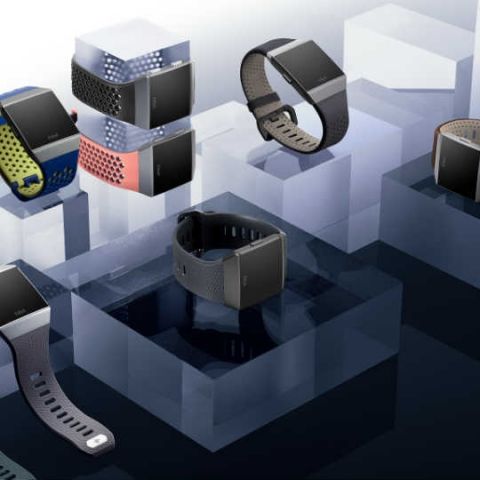 Fitbit has finally announced its much-rumoured smartwatch to take on the Apple Watch, Android Wear and Samsung's Gear series. The Ionic smartwatch features a unibody aluminium design similar to most smartphones in the market and is aimed primarily at health and fitness-centric users.

In terms of design, Fitbit's Ionic looks similar to the company's Blaze fitness watch and offers water resistance up to 50 meters. The smartwatch also supports heart-rate monitoring and has built-in GPS for active monitoring. Fitbit's Ionic is capable of storing up to 300 music tracks and includes a personal coaching assistant called the Fitbit Coach.

What makes Ionic different from Fitbit's other fitness wearables is the new Fitbit OS, which will offer an app gallery for integration of third-party applications. The smartwatch will come preloaded with various fitness and health apps at launch and the company says Strava will be one of the first third-party apps on the platform. Fitbit will launch an open SDK for its Fitbit OS in mid-September so that app developers can bring their services to Ionic.

"Ten years ago, Fitbit pioneered the wearables category with the introduction of its first health and fitness tracker. Since then, we have become the leading global wearables brand, setting the pace of innovation in the category and establishing the largest social fitness network that helps millions of people around the world be healthier," said James Park, co-founder and CEO of Fitbit.

With Ionic, Fitbit is also jumping into a contactless payment solution called Fitbit Pay. The service will allow Ionic users to pay for services with their watch, similar to Apple Pay on Apple Watch. The watch will also deliver notifications from third-party apps like Facebook, Gmail and WhatsApp.

Fitbit Ionic can be seen as a Fitbit device running Pebble's smartwatch operating system. It comes at a time when the company has lost its leadership position to Xiaomi and Apple in the wearables segment. Fitbit hopes this launch, ahead of the holiday season, will help it reclaim its place as the leader in the health and fitness wearable segment. The Ionic is available for pre-sale starting today and will be made available globally in October.