Apple Watch may get its own LTE connection at the end of this year: Report 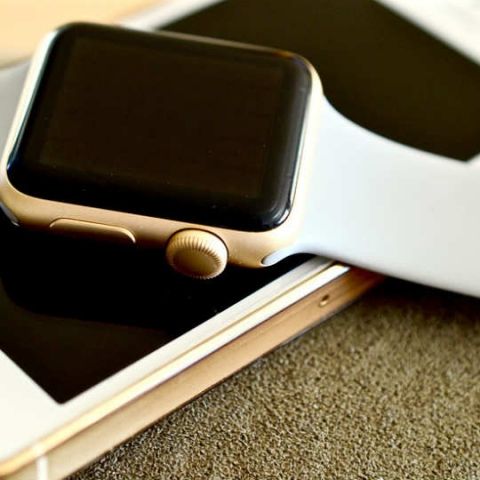 Apple is reportedly planning to introduce a cellular connected version of its Apple Watch at the end of this year. Bloomberg reports that the Cupertino-based iPhone maker will add LTE capability to its Apple Watch to reduce the device's dependence on the iPhone.

Since its debut in 2015, Apple Watch has been a complementary device to iPhone rather than a standalone device. Apple Watch Series 1 and its successor named Series 2 require being tethered to an iPhone in order to deliver notifications, playback music or support navigation. The addition of LTE chipset will turn Apple Watch into a standalone device capable of downloading songs or navigate using Apple Maps without the need to be tethered to an iPhone.

The report says that some models of the next Apple Watch Series will support LTE connectivity and use LTE modems from Intel Corp. This is another stark contrast from the industry standard where Qualcomm has been the preferred supplier of LTE modems for mobile devices. Apple and Qualcomm are engaged in a bitter patent battle with the former accusing latter of overcharging for basic patent use. Apple has even rallied its contract manufacturers to file an antitrust lawsuit against Qualcomm.

Intel has been trying to get into Apple's component supplier list for quite some time and was recently added as the second supplier for LTE modems used in iPhones. With Intel working on its own LTE modem capable of gigabit download speed, the Santa Clara, California-based company is becoming a winner as Apple's preferred supplier.

During its third quarter earnings call, CEO Tim Cook said that Apple Watch sales were up over 50 percent in the quarter. Strategy Analytics reports Apple shipped 2.8 million wearables (Apple Watch) in the second of 2017 and holds 13 percent market share in the global wearables segment. Apple continues to claim that Apple Watch is the best selling smartwatch in the market but it doesn't share sales numbers just yet.

However, the addition of an LTE-enabled Apple Watch could help the company put its wearable on the wrist of more iPhone users than ever before. Apple has also started discussing its plan with carriers in the US and Europe and the support is expected to be limited at the time of launch. The report adds that major US carriers Verizon, AT&T Inc, Sprint Corp and T-Mobile will support the device.

Apple was widely anticipated to introduce LTE enabled Apple Watch last year, however, it announced an incremental update in the form of Apple Watch Series 2. Bloomberg says that the launch of Apple Watch with cellular connectivity could be delayed beyond 2017. Apple Watch's appeal has been limited not just because of its tethered nature but also due to its limited battery life. With the cellular model to become a success, Apple will have to deliver on battery life above everything else.