The research is undertaken by the University of North Carolina that will record the data produced by the Apple Watch units and then study it to analyse and understand the root causes of the disease. 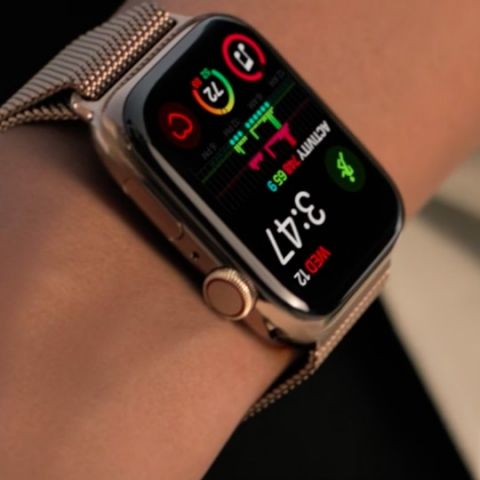 In what could be called as one of the best examples of use of a wearable in the healthcare industry, Apple is donating 1000 Apple Watches to the University of North Carolina (UNC) to help researchers track, analyse, and understand the root cause of an eating disorder. The company recently launched Apple Watch Series 4 that comes with the ability to record an ECG. The university will use the data collected through the smartwatch and then look for any biological and behavioral signature.

The medical school of the UNC is preparing to undertake a study called BEGIN, which stands for Binge Eating Genetics INitiative, in which researchers will observe people with binge eating disorder who often eat large amounts of food uncontrollably in a small period of time. According to a report in CNBC, those who follow with compensatory behavior like purging or excessive exercise are typically diagnosed with bulimia nervosa.

The goal of the BEGIN study is to better understand the genetic factors that may be associated with binge-eating disorder and bulimia nervosa in order to develop better treatments for the millions of people who suffer from these illnesses. For the study, Cynthia Bulik, Founding Director of the Center of Excellence for Eating Disorders at UNC and one of the researchers behind BEGIN, have invited 1,000 participants, ages 18 or older, who have experience with either binge eating disorder or bulimia nervosa and own an iPhone (model 5 or newer). Once enrolled, the participants are needed to sign up with a mobile app called Recovery Record, which is reportedly designed to help users log their thoughts and feelings in a digital format, and share that information with their doctor ahead of a session.

Each participant will get a free Apple Watch and researchers will monitor their heart rate using the device’s sensor for a month to see if there are spikes before binge eating episodes. “We need to collect data from a whole lot of people to see what it looks like. We want to know if it has a biological and behavioral signature,” Bulik was quoted as saying. The data provided by the Apple Watch may provide a way for the researchers to predict binge eating incidents before they actually happen.

“We’re interested to find out what happens in the time period leading up to the binge and the purge. And we hope we can anticipate and ultimately change the course of that episode,” Jenna Tregarthen, CEO of Recovery Record, was quoted as saying. Apart from the Apple Watches, the participants will also get free saliva and microbiome collection kits to send samples back to the researchers.