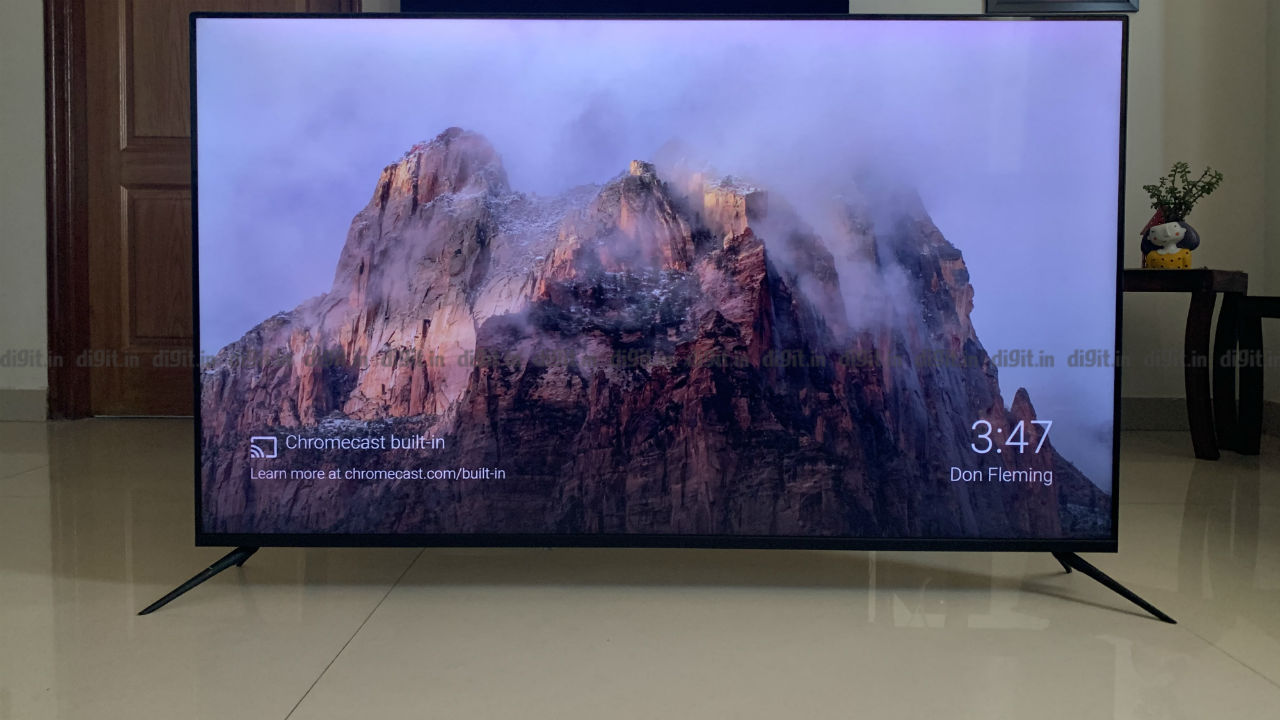 Realme has officially launched a 55-inch 4K HDR SLED TV alongside a 100W soundbar in India. The company has also announced a host of new products across its mobile phones, audio, smart TV and AIoT range. The new 55-inch 4K SLED TV is the world’s first television of its kind as the SLED panel uses Spectral Power Distribution (SPD) technology for the backlighting which should optimally result in a wide colour gamut range and protection against blue light.

Realme has also introduced a soundbar to go along with its new television. Let’s take a look at the pricing, features and availability of the new Realme 55-inch SLED TV and Realme 100W soundbar.

Realme 55-inch 4K HDR SLED TV is priced at Rs 42,999 and will be available from pre-orders starting October 16 on Flipkart. As part of the launch offer for the first sale, the TV will be available at Rs 39,999 during Flipkart’s Big Billion Day sale that starts from October 16. 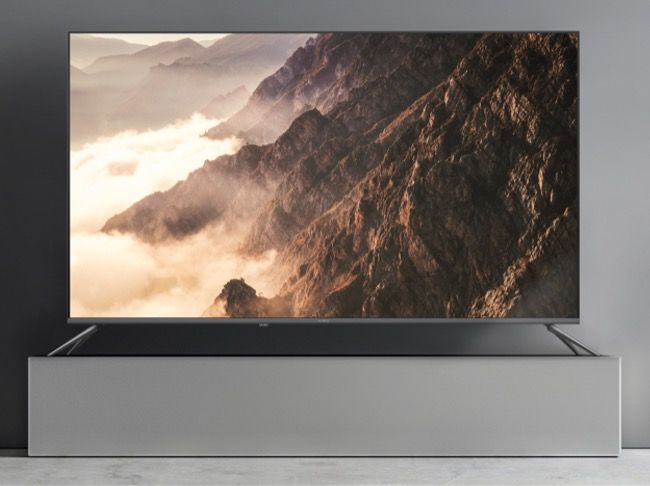 The Realme 55-inch 4K HDR SLED TV has minimal bezels on the sides that measure 9.5 millimetres. The TV has a 94.6 percent screen-to-body ratio, comes with a metal stand and weighs 12.8 kilograms.

This Realme smart TV supports 108 per cent NTSC colour gamut and 1.07 billion colours which means that the screen is capable of producing more colours accurately. The TV is powered by a quad-core MediaTek processor with Chrome Boost picture engine and supports HDR10+ playback. It runs on Android 9.0 TV and comes pre-loaded with OTT apps like Netflix, Prime Video and more.

The Realme 55-inch SLED TV is equipped with 24W quad stereo speakers with two sets of speakers positioned at the bottom. One set consists of a speaker unit and a tweeter and the audio performance of the TV is also boosted by Dolby Audio support.

As for the connectivity features, the Realme TV has built-in support for Chromecast, 2.4GHz and 5GHz Wi-Fi and Bluetooth 5.0. Moreover, the TV has three HDMI ports, an AV port, two USB ports, Ethernet port and a Coaxial port. 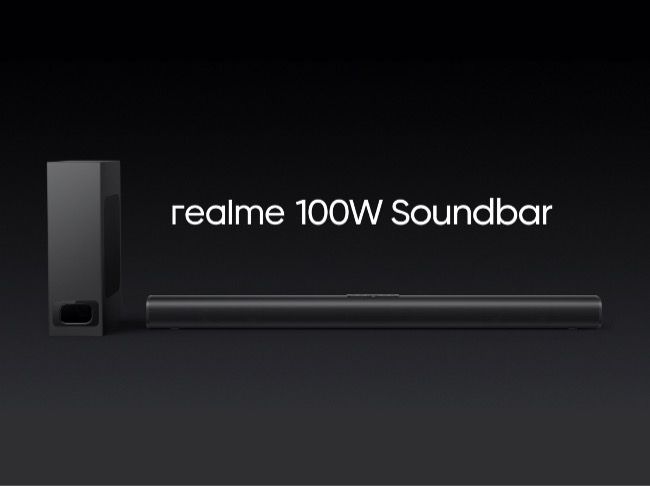 The soundbar can be connected over Bluetooth 5.0 and also has I/O ports including HDMI ARC, Aux-in, Line-in, USB port and more.