The smart TVs run on Smart OS, which is based on Android Kitkat v4.4, and come preloaded with the Google Play Store 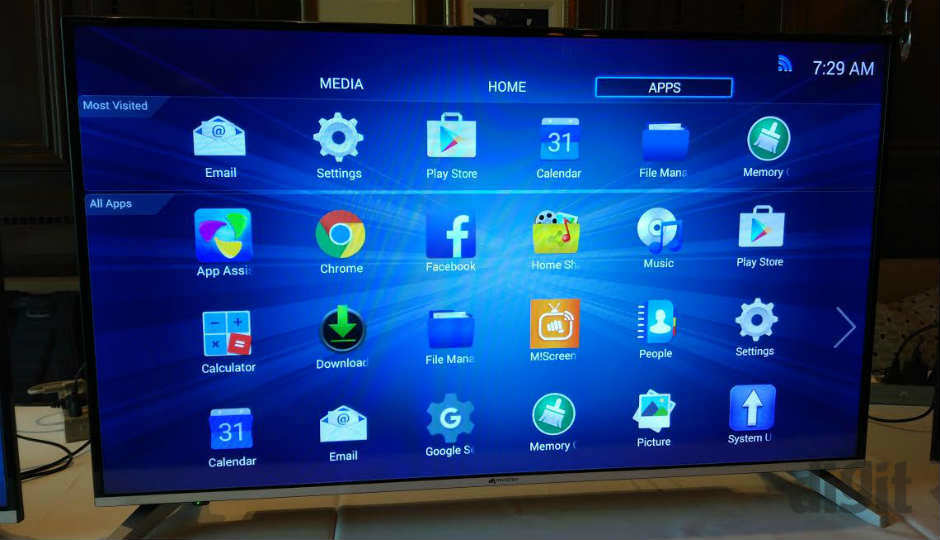 Micromax has launched its range of smart LED TVs called the Micromax Canvas Smart LED TV. The range will be exclusively available via Flipkart and bookings for the TV has begun and will be up for purchase by August 14. The lineup consists of three TVs measuring 32-inches, 40-inches and 50-inches and are priced at Rs. 19,999, Rs. 29,999 and Rs. 42,999 respectively. The 32-inch TV has a 720p resolution, while the remaining two offer 1080p. The TV range will also offer wireless smartphone control and features an inbuilt Smart OS based on Android Kitkat v4.4 and comes preloaded with the Google Play Store. The TV also come with a USB 3.0 port and an ethernet port.

Rohan Aggarwal, Vice President, Consumer Electronics for Micromax Infomatics stated, “We have witnessed a growing trend among the consumers to look for seamless transition between multiple connected screens in their everyday lives. Hence, we are revolutionizing the home entertainment experience with launch of our first Micromax Canvas Smart LED Television range for the people to discover SHARPER and SMARTER cinematic and connected experience.”

The Micromax Canvas Smart LED TV also offer a number of other features like Miracast, which allows the user to cast their mobile to the TV and watch internet videos via YouTube and Netflix. Further, users can also install M! Screen and M! Connect Android apps on their Canvas smartphones. Smart Remote creates a replica of the TV’s remote on the user’s phone, while Track Pad lets the user control the TV via a virtual mouse. The TV Mirror feature lets users watch TV on their smartphones, while Game Control lets users control Android games on their TV through their smartphones. 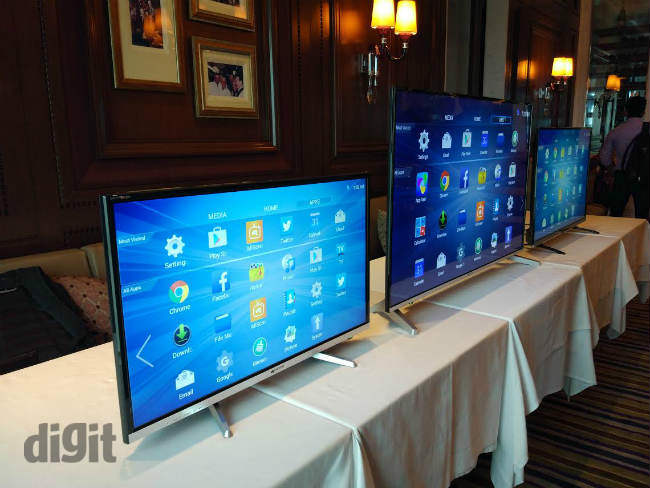 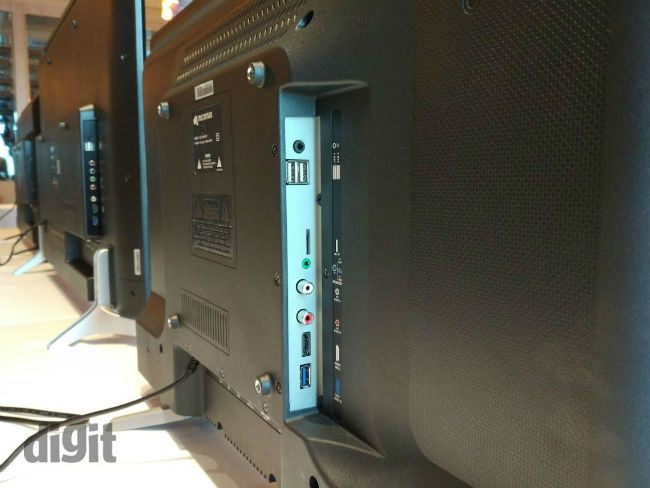