LG's new TV sport the same design as last year but go big on software by bringing in both Google Assistant and Alexa along with support for a wide array of HDR formats and better picture quality. 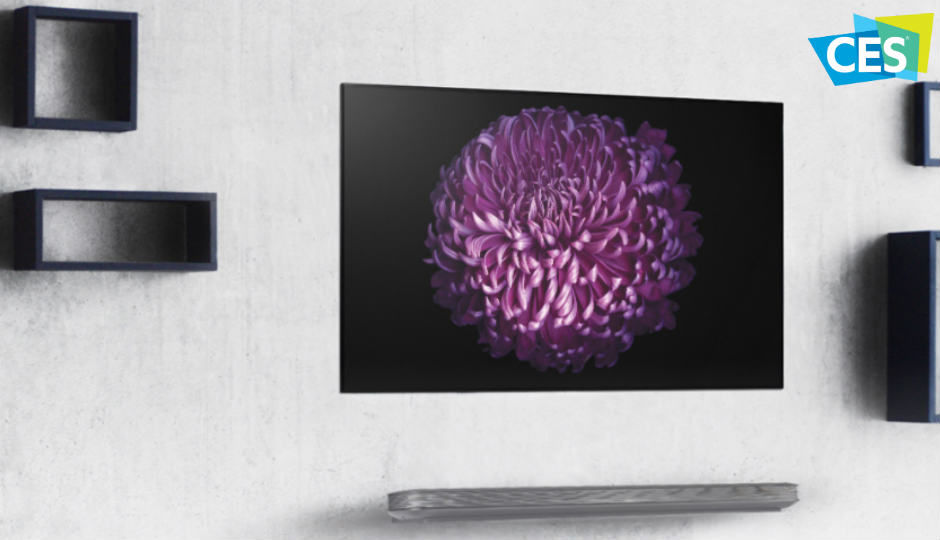 While LG’s new OLED TVs doesn’t offer a striking new design, artificial intelligence is where the focus is. LG’s latest 4K OLED and Super UHD LCD TV lineup doubles down on boosting AI capabilities with both Google Assistant and Amazon Alexa. There is also a big push of LG’s proprietary ThinQ platform for AI.

The flagship offering is still the “LG AI Signature” OLED TV", which is the Wallpaper TV launched last year. The company also launched the E8 OLED TV that features a new “picture on glass” design that has a transparent base giving the feeling the panel is suspended above its metal stand.

The company also refreshed its Super UHD LCD 4K TV with full-array backlighting. As a result, individual areas of the backlight can dim or light up to create greater contrast.

WebOS continues to be the operating system powering the televisions but LG has added the ThinQ platform on top of it that supports “hundreds” of voice commands. The TVs aren’t always listening though. You have to press and hold the microphone button on the remote and bark commands.

You can use voice commands to control the TV’s settings — make adjustments, switch between picture modes, and control your smart home devices. Google Assistant also allows you to control the TV from a nearby Google Home while Amazon Echo devices can leverage Alexa to control the TV.

The TVs have also improved on the picture quality. The 2018 lineup boasts high frame rates up to 120fps, although there is no HDMI 2.1 which is mandatory for such frame rates from external devices, so the 120fps can only be achieved through in-app streaming content.

A new Alpha 9 processor in the high-end models delivers more accurate colour and enhanced image rendering. The new processor also allows four-step noise reduction and banding elimination. LG even made a direct comparison with Sony’s OLED TV from last year claiming this year it has surpassed the Japanese company.

The new televisions support a wide array of HDR formats including HDR10, Dolby Vision, Advanced HDR, Hybrid Log Gamma and LG’s own HLG Pro and HDR10 Pro. Even while playing HDR10 content, LG claimed its algorithms can dynamically manage brightness and contrast frame by frame that gives results closer to Dolby Vision. The TVs also have support for Dolby Atmos audio on both the OLED and Super UHD models.

LG didn’t announce pricing and availability during the presentation.