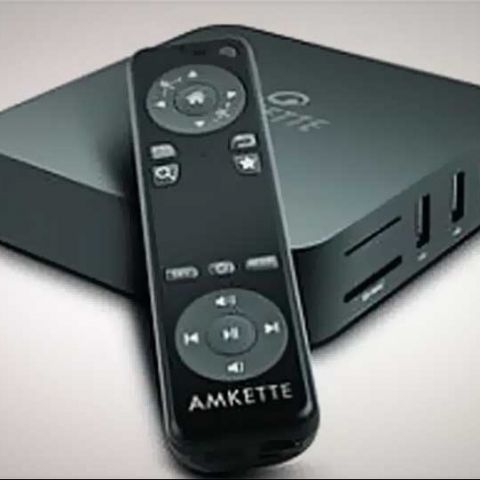 Amkette has launched what it is calling a ‘Smart TV box’ in India, an Android 2.3 Gingerbread-based thin client called EvoTV, which has access to the Google Play store. It has been priced at Rs. 12,995, but has an approximate MOP of Rs. 10,000.

The Amkette EvoTV features a motion sensing remote control, similar to the LG Magic wand, which will not only control native functions of the smart TV, but apps as well, enabling users to play games, draw etc, with the six-axis gyroscope. It also boasts of Evo Discover, an internet content discovery tool.

Amkette is best known for its peripherals and storage media. The company aims for the EvoTV to help consumers transform their regular televisions into ‘Smart TVs’. Capable of playing back 1080p HD video, the EvoTV box sports a 1GHz ARM Cortex A9 processor along with a Mali 400 GPU, to power it all up.

Other specifications include 4GB of built-in storage, 7.1 channel audio output, as well as Wi-Fi (DLNA), Ethernet port, 4 USB ports, 3G dongle via USB, SD/MMC slot, component, and HDMI connectivity. The amount of RAM onboard is has currently not been disclosed. The Amkette EvoTV is scheduled to hit store shelves in India by the end of June.

Another similar Android-based internet media box product release was by Portronics, called the Limebox. It sports a 1.2 GHz Rockchip processor, and bears 512MB of DDR3 RAM. It supports Adobe Flash 10.1, and can play 1080p HD videos. 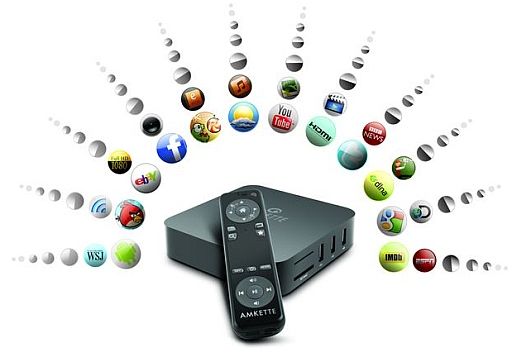