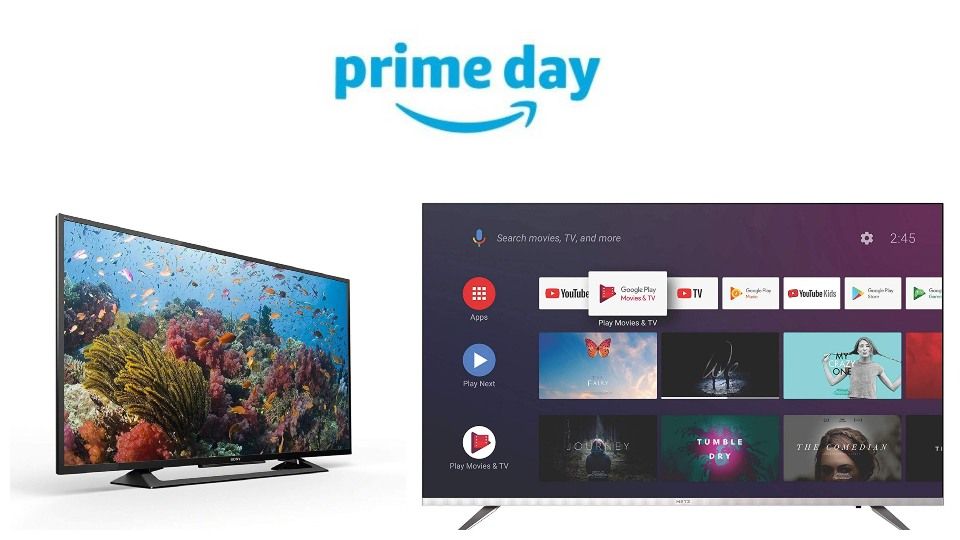 Amazon is hosting another edition of its Prime Day sale in India from July 15 to July 16. There are going to be a lot of products on sale during the two-day period, including laptops, smartphones, large appliances, and more. The e-commerce site will also see the launch of over 1,000 products. However, if you are looking to buy a TV during the sale, then you've come to the right place. Here are the top TV deals of the sale. Do keep in mind that we don’t know the deal price of the TVs yet, but Amazon is teasing that these TVs would be part of the sale. We’ll update this list with the sale price as soon as they are available.

The TCL Android Smart TV features a 43-inch Full HD (1920 x 1080) display with a 60 hertz refresh rate. The smart TV comes with a built-in Wi-Fi and a Dual-Core Mali 470 graphics processor and runs on Android O.

The Sony Bravia HD ready LED TV comes with a 32-inch (1366x768p) display with a refresh rate of 50 hertz. The television features X-Reality PRO picture along with ClearAudio+.

While you are at it, here's how  you can prepare for the upcoming Prime Days to get the most of the sale period.