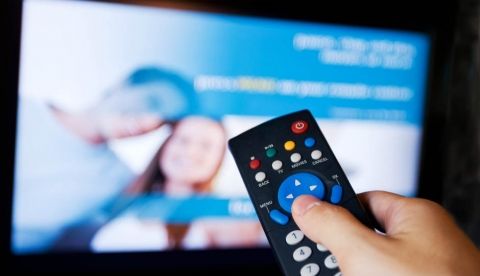 While the authority recently announced that the migration of existing TV connections to the new scheme is going well, with 9 crore TV viewers out of 17 crores already being migrated to the new regime, it has extended the deadline for complete implementation of the new structure till March 31. Additionally, TRAI has introduced a new “Best Fit Plan” option that all Distribution Platform Owners (DPOs) need to create for those users who have not yet exercised their option to select channels and create packs by themselves.

This information comes via a TRAI press release, which was first spotted by TelecomTalk. It states that after a meeting with all DTH players and Multi System Operators (MSO) on February 11, the telecom authority was told that the migration of TV viewers is in “full-swing”. The users who have selected their preferred channels and come up with their tailored plans have been moved to the new framework. However, the reason for extending the deadline for implementation of the new scheme is apparently because some users are facing “difficulties in selecting the channels/bouquet of their choice. In some cases, LCOs (Local Cable Operators) have not been able to reach out to subscriber to create awareness among them and collect the options. Some subscribers may be required to go to nearest Point of Sale (POS) for exercising their option as they did not have access to IT facility or are not comfortable in using IT system to exercise their options,” the press release reads.

Hence, to mitigate the problem of users not being able to come up with a new structure for viewing channels they require under the new plan, TRAI has directed all DPOs to create a Best Fit Plan. As per TRAI’s release, this Best Fit Plan will be based on a viewer’s TV usage pattern and spoken language and as per the authority, it should be a “blended combination of various Genres.” Additionally, the cost of this Best Fit Plan should not exceed more than a user’s current tariff plan. So, those who do not choose the TV channels they want to watch will be migrated to a Best Fit Plan, which will be curated for them by their DTH or cable operator.

TRAI also says that subscribers can change their 'Best Fit Plan' anytime on or before March 31s 2019 and their service providers shall convert it to their chosen pack within 72 hours. There will also be no 'lock-in period' for the subscribers till 31st March 2019 who have been migrated to the 'Best Fit Plan'. As TRAI has directed all TV service providers to ensure there is no disruption of services in the process of migration to the new scheme, users those who do not choose new channels or are migrated to the Best Fit Plan will be continued on their existing pack.