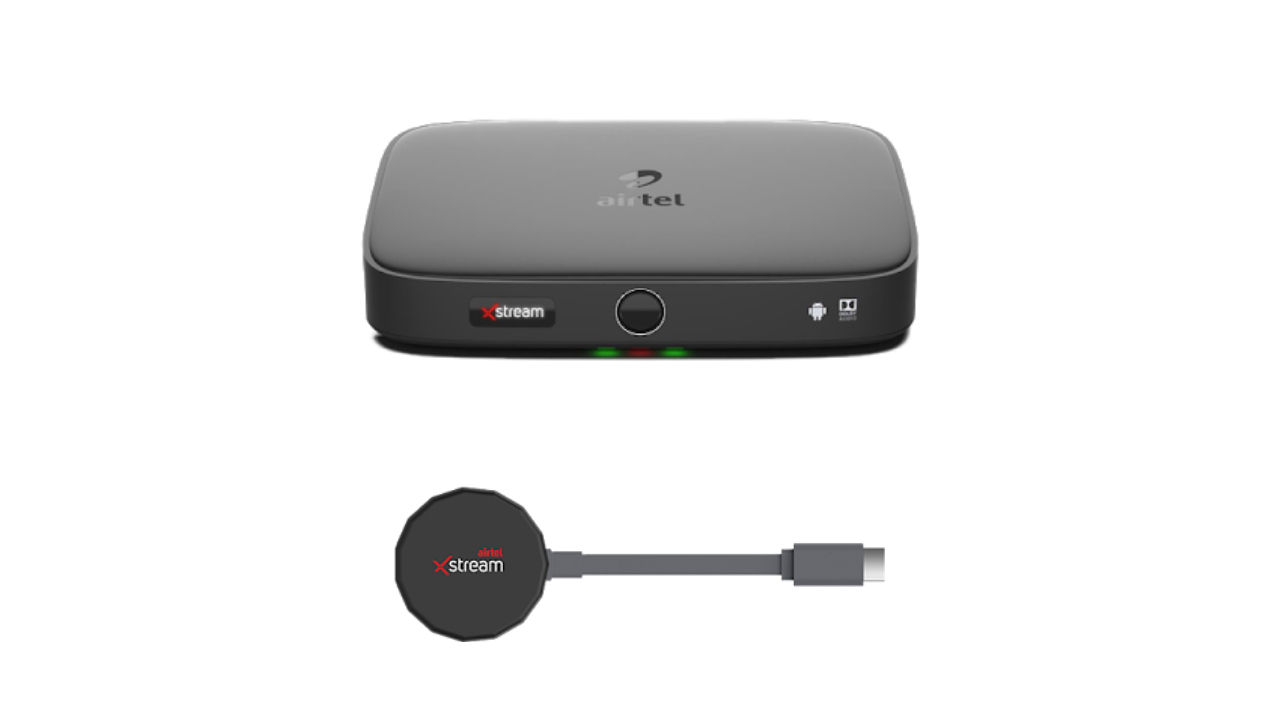 Details about the upcoming devices have leaked online.

Airtel recently renamed its Airtel TV app to Airtel Xstream and is now planning to announce a few new devices under the revamped service. The telco is planning to announce a new “Airtel Stick Bundle,” which consists of a smart set-top-box and an Xstream stick that seems similar to the Google Chromecast dongle. A new report by Android-TV-Guide (via DreamDTH) sheds some light on the upcoming devices. The Airtel Xstream Smart Box could be manufactured by Technicolor and run on Android 9 Pie. It might be powered by a dual-core Broadcom BCM72604 B SoC that is coupled with 2GB RAM and 8GB of internal storage. There’s also the Broadcom VideoCore V HW (V3D-510) GPU, along with support for broadcasting DTH, IPTV and OTT content.

Coming to the Airtel Xstream Smart Stick, it will apparently be manufactured by Skyworth and is said to enable OTT broadcasting. It is said to run on Android 8 Oreo and could run on the HiSilicon Hi3798M V300 quad-core SoC that is clocked at 1.2 GHz and is paired with an ARM Mali-450 GPU. The stick will reportedly offer 1GB RAM with 8GB storage. It can be connected to a TV via an HDMI port but unlike Chromecast or the newer Amazon Fire TV Sticks, it will require an external power supply. The device can be controlled via a remote, which is said to come with a dedicated button to call up the Google Assistant.

The XStream Smart Stick by Airtel is touted to feature dedicated plans. However, users will apparently be required to purchase the plans separately. The telco will offer the service for free for some of its customers that are on eligible Postpaid, Broadband, and DTH plans. A subscription is said to entitle the user to access content by HOOQ, Hoichoi, ALTBalaji, Eros Now, and Hungama through the Airtel Xstream app, while Zee5 subscriptions are said to be relayed separately.