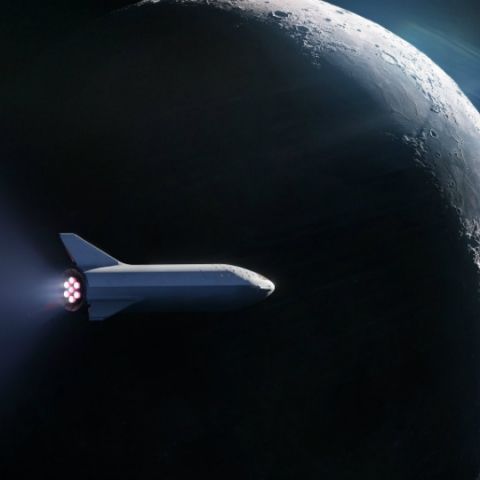 Two years ago, we reported the Elon Musk-led space agency’s intentions of sending two “tourist” astronauts around the lunar orbit in late 2018. Almost like clockwork, SpaceX has now announced that it is ready to send its first tourist around the moon and that the person's name will be revealed on September 17. Though SpaceX indicates in its tweet that it’s found “the world’s first private passenger” for its trip around the moon, it doesn’t say whether there will be another, as announced last year.

“SpaceX has signed the world’s first private passenger to fly around the Moon aboard our BFR launch vehicle—an important step toward enabling access for everyday people who dream of traveling to space. Find out who’s flying and why on Monday, September 17,” reads SpaceX’s tweet from yesterday.

Sadly, we have no more dope on the matter for now apart from this one tweet. But we do know that “BFR” here in this tweet refers to the space agency’s Big Falcon Rocket. It’s a reusable rocket that consists of a powerful rocket booster attached to a tall spacecraft. According to Elon Musk, the BFR is being designed to be launched every few hours. A reusable rocket of this kind will be a first for humanity and is expected to lend future space exploration ventures a great deal of flexibility.

SpaceX has signed the world’s first private passenger to fly around the Moon aboard our BFR launch vehicle—an important step toward enabling access for everyday people who dream of traveling to space. Find out who’s flying and why on Monday, September 17. pic.twitter.com/64z4rygYhk

Only 24 people have visited the moon in the past. With SpaceX’s tourism programmes running in full swing, this number is bound to change. The last time humans set foot on the moon or went anywhere near it was back in 1972, when NASA launched Apollo 17. Who could’ve ever predicted that the next person to visit the moon forty-six years on would be a tourist?

Last we checked, NASA is reportedly collaborating with SpaceX in some of its space ventures. Musk had stated earlier that if NASA chose to do a fly-by of the moon before SpaceX, it would be allowed. However, SpaceX’s plans to send a tourist (or tourists, if that be the case) to the moon in late 2018 seem to remain the same for the moment.