Having aided in the search for Air France 447's wreckage back in 2011, REMUS 6000 returned to find the lost treasure of a 300-year-old Spanish galleon. 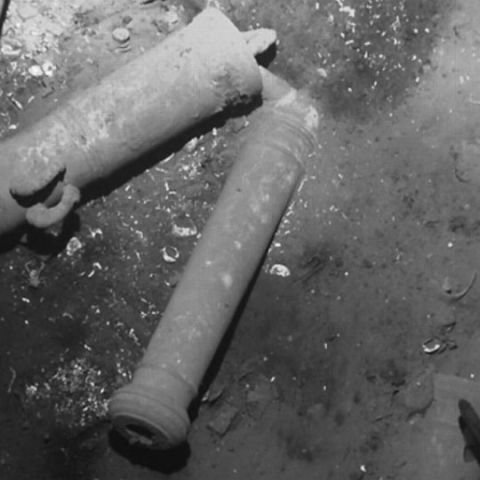 Thanks to robot submarine REMUS 6000, the lost treasure of San José, a 300-year-old armed Spanish trading vessel, was finally found near the coast of Cartagena, Colombia. The treasure, believed to contain gold, silver, and emeralds, is currently estimated at $17 billion.

San José, the flagship of a Spanish treasure fleet during the War of the Spanish Succession met her doom on 8 June 1708 when an encounter with a British armada in Barú caused her gunpowder to detonate. Along with 589 souls sank her entire haul of precious jewels, which included gold, silver, and emeralds. Her treasure had since been hopelessly sought by historians and treasure hunters, until two years ago, they were found by non-profit research facility Woods Hole Oceanographic Institution (WHOI), with the help of a robot submarine named REMUS 6000. Though the discovery was made in 2015, WHOI wasn’t authorised to release its details until recently.

REMUS 6000 is a 13-foot-long autonomous underwater vehicle (AUV) designed for deep-sea operations. It can survey a large body of water using acoustic navigation and high-resolution imaging. It found San José nearly 2,000ft below the surface. The robot submarine was previously used to discover the wreckage of Air France 447 in 2011.

Colombian researchers say that during the discovery, they found 62 bronze cannons lying on the seabed. They were reportedly engraved with dolphins (a sign that they belonged to the long-lost San José) and still in good condition. According to the researchers, even artifacts like teacups and ceramic jugs were found during the discovery. As per a recent report by CBS News, WHOI research engineer Jeff Kaeli was the only one to spot the cannons. About the discovery and REMUS 6000, he commented, “you can take bigger risks with your technology and go to places where it wouldn't be safe or feasible to put a human being.”

It is still unclear at the moment who owns the rights to the treasure. An ongoing legal dispute between the Colombian government and an American salvage company is one of the reasons for the delay in the announcement of the discovery.