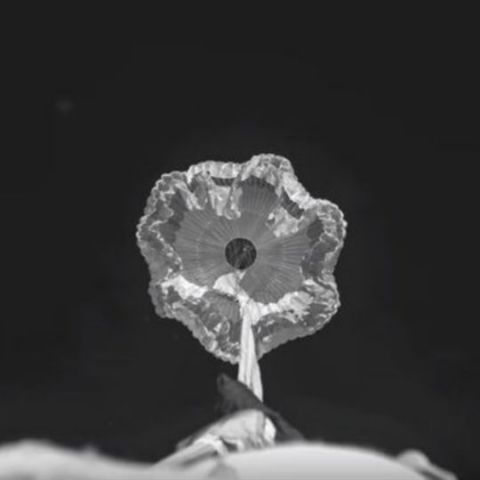 The Mars rover mission set to launch in 2020 will seek signs of ancient Martian life by investigating evidence in place and by catching drilled samples of Martian rocks for potential future return to Earth, according to NASA, Xinhua news agency reported. The mission will rely on a special parachute to slow the spacecraft down as it enters the Martian atmosphere at over 5.4 km per second.

Landing on Mars is difficult and not always successful. However, well-designed advance testing helps.

The parachute tested during this first flight was almost an exact copy of the parachute used to land NASA's Mars Science Laboratory successfully on the Red Planet in 2012.

The payload is a bullet-nosed, cylindrical structure holding a supersonic parachute, the parachute's deployment mechanism, and the test's high-definition instrumentation -- including cameras -- to record data.

The rocket carried the payload as high as about 51 km. Forty-two seconds later, at an altitude of 42 km and a velocity of 1.8 times the speed of sound, the test conditions were met and the Mars parachute successfully deployed. Thirty-five minutes after launch, ASPIRE splashed down in the Atlantic Ocean about 54 km southeast of Wallops Island.

"Everything went according to plan or better than planned," said Clark. "We not only proved that we could get our payload to the correct altitude and velocity conditions to best mimic a parachute deployment in the Martian atmosphere, but as an added bonus, we got to see our parachute in action as well."

Future tests will evaluate the performance of a strengthened parachute that could also be used in future Mars missions. The next ASPIRE test is planned for February 2018.

The Mars 2020 team will use data from these tests to finalize the design for its mission.