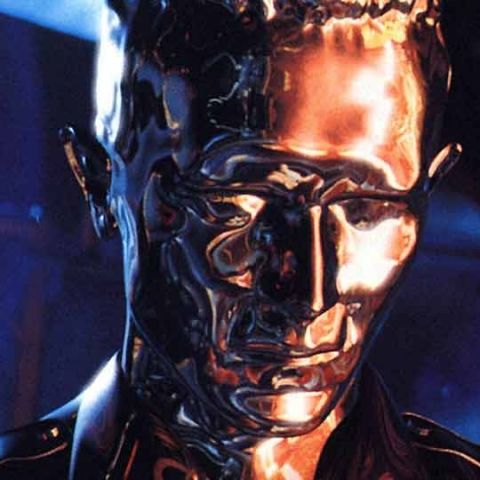 Remember the feared T-1000 (or Prototype Series 1000) assassin robot from James Cameron’s 1991 movie Terminator 2: Judgement Day? A milestone achievement by scientists on the properties of liquid metal has made them predict that some day in the future the shape-shifting killer robot could be a reality. Yikes!

A team of researchers at RMIT University in Melbourne, Australia, are credited with discovering this mechanism of basically letting liquid metal shape-shift on its own, without any external stimulus. According to reports, the scientists claim to have created switches and pumps that are self-driven in a particular liquid metal alloy which can allow future electronic devices and circuits to behave like living, breathing tissue – and at a stretch, may be like the formidable T-1000 Terminator, too, some day in the distant future.

Couple of years ago, the same team of researchers at RMIT developed the world's first liquid metal enabled pump. It could enable micro-fluidics and lab-on-a-chip technology to realise its full potential.

The lead researcher to announce this liquid metal breakthrough, Professor Kourosh Kalantar-zadeh, had this to say about the achievement, according to The Independent, “We adjusted the concentrations of acid, base and salt components in the water and investigated the effect. Simply tweaking the water’s chemistry made the liquid metal droplets move and change shape, without any need for external mechanical, electronic or optical stimulants.”

Through this discovery, the research team were able to create moving objects that have the potential of operating autonomously. On the basis of the fundamental discovery of this peculiar liquid metal property, Prof Kourosh believes that “it may be possible to build a 3D liquid metal humanoid on demand – like the T-1000 Terminator.”

It would indeed be a momentous day in the history of human scientific inquiry if we ended up creating a liquid metal entity that’s virtually indestructible or even self-repairing by quickly changing shapes. Obviously, the researchers agree that given the pace of their current effort, such a reality where complex liquid metal materials performing Terminator T-1000’s acts – like passing through prison bars and sliding under a door to regenerate and reconstitute its original form – won’t be achieved any time soon. But sci-fi lovers aren’t exactly time-sensitive, are they?