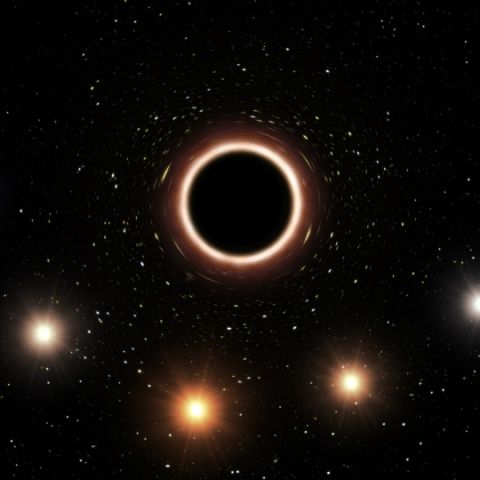 In his Theory of Relativity, Einstein predicts that gravity can affect light waves as well. The phenomenon is called gravitational redshift and has been confirmed by a recent astronomical observation.

Researchers from the GRAVITY consortium led by the Max Planck Institute for Extraterrestrial Physics say that they were able to confirm Albert Einstein’s general theory of relativity. This was done by observing the gravitational effects on a star named S2, that passed by a supermassive black hole Sagittarius A*, which is in the centre of our Milky Way galaxy. Now, the theory of relativity predicts that large gravitational forces can affect even light by bending and stretching it, and this phenomenon is called the gravitational redshift. This is similar to when sound waves change in pitch when a honking car passes by us but this is called the Doppler Effect and is being stated for your understanding and is not to be considered exactly the same as gravitational redshift.

As per an AFP report, the astronomers kept track of the star S2 when it was passed in close proximity of Sagittarius A* on May 19 at speeds above 25 million km/hour. While tracking its progress on an hourly basis, its velocity and position were also calculated using various instruments and the researchers compared the readings with the predictions made by Einstein’s theory. As for the results, the research team, whose findings are published in Friday’s issue of Astronomy & Astrophysics, says, “The results are perfectly in line with the theory of general relativity” and are “a major breakthrough towards better understanding the effects of intense gravitational fields,”

The astronomical occurrence was being observed from the European Southern Observatory’s (ESO) Very Large Telescope (VLT) in Chile. The same VLT was used to make the same observations back in 2016 when S2 passed by Sagittarius A* in 2016, however, they couldn’t confirm Einstein's predictions as the instruments back then were not sensitive enough to detect the gravitational redshift. “More than 100 years after he published his paper setting out the equations of general relativity, Einstein has been proved right once more — in a much more extreme laboratory than he could have possibly imagined,” said the ESO in a statement.

Okay, so we were just able to confirm one facet of the General Theory of Relativity. So, how does it affect the scientific community? For starters, the data collected by from the observations is said to provide information on mass distribution around the black hole, which will help better understand the mysterious entity about which we still know very little. It will also help scientists better understand the effects of gravitational fields.

Einstein had, without a doubt, one of the brightest minds that made people back in the 20th century look beyond newtonian physics, which the scientific community was fixed upon at the time. In 1915, Einstein’s General Relativity was published, which explained everything that Newton’s Philosophiae Naturalis Principia Mathematica theory (simply called Principia) did and some more. Principia described what gravity is but there’s no explanation as to how it works and this is one of the things that the theory of relativity explains. Additionally, Newtonian physics doesn’t allow for a redshift.