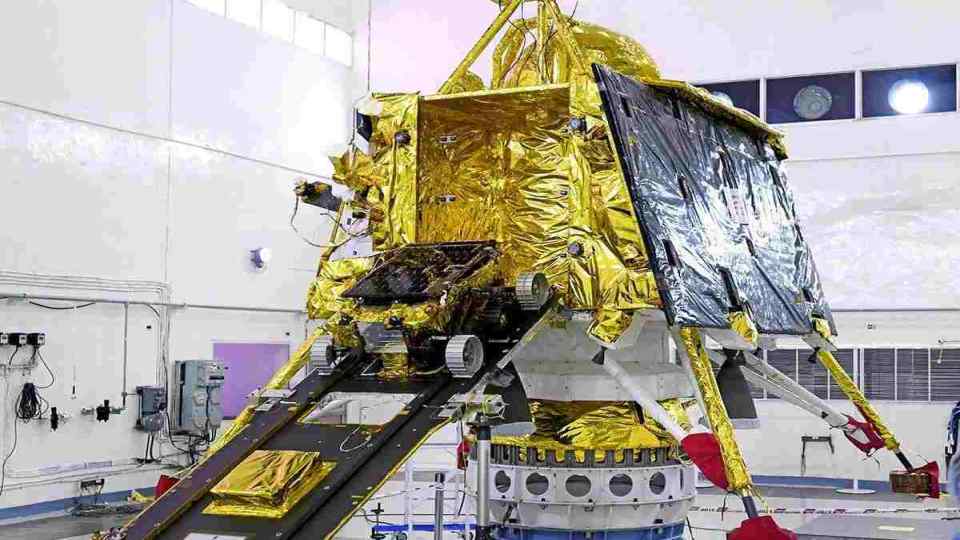 The countdown to the launch of Chandrayaan is well on its way, and it's without a doubt, India, and ISRO's biggest and most complicated space mission yet. The mission which aims to take a rover to the far side of the moon will happen in the wee hours of Monday morning. Here are 8 interesting points about the mission.

1. Chandrayaan 2 will take off at Sriharikota and the destination is the South Pole of the moon.

2. Chandrayaan 2 is carrying Vikram, a 1.4 tonne lander, which houses Pragyan, a 27Kg Rover, to a plain between two craters at the moon's South Pole.

3. If India succeed at a soft-landing on the moon's surface, it will become the fourth country in the world to do so, following the US, Russia, and China. Israel, which tried earlier this year, failed at their attempt.

4. The rocket GSLV Mk III, known also as "Baahubali" is a 640 tonne rocket. This is its third launch. It is also India's heaviest launcher.

5. President Ram Nath Kovind will be at Sriharikota to observe the launch live. This will make him the third sitting president to observe a live launch from a space port.

6. The Chandrayaan 1 mission saw many countries supporting it, including the USA, Britain, Bulgaria and the European Space Agency. It was launched on India's Polar Satellite Launch Vehicle(PSLV) rocket and had a budget of Rs. 450 crore.

7. PM Narendra Modi has said that India will send a human into orbit in 2022, via Gaganyaan, India's spaceflight program. Global eyes are on India because of the low-cost model. A low cost model and successful soft landing would mean more orbiting deals for the country.

8. The US spent $25 billion on the Apollo missions which started in 1961. By today's standards that's over $100 billion. Chandrayaan 2's total budget doesn't not even exceed half a billion.