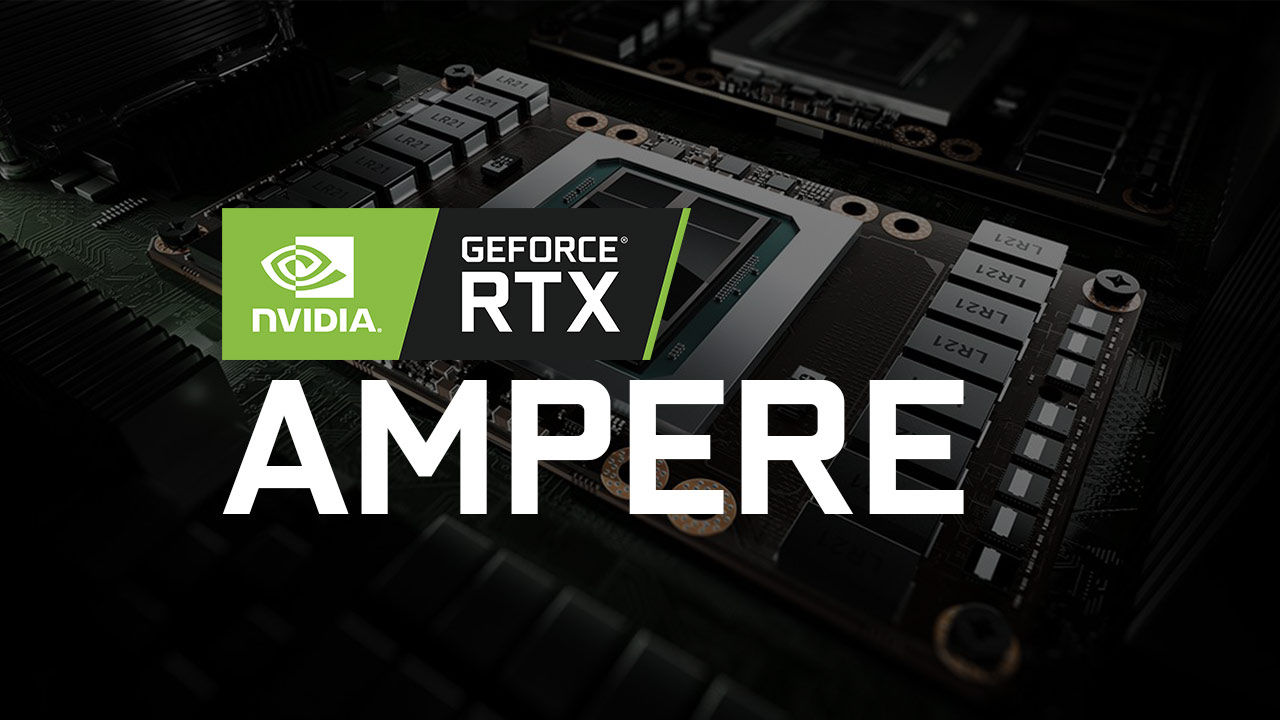 Twitter user CyberPunkCat posted an image which appears to be a screenshot of the specifications of the NVIDIA Ampere RTX 3080 Ti Founders Edition. It states that the GPU powering it will be a GA102-400-A1 which will have 5376 CUDA Cores with a boost frequency of 2200 MHz. The Single Precision (FP32) performance is mentioned to be 21 TFLOPS and on the memory side of things, the RTX 3080 Ti will feature 12 GB of Samsung GDDR6 NAND chips running @ 18 Gbps. The total bandwidth will be 836 GB/s and the TDP for the board will be 320W. 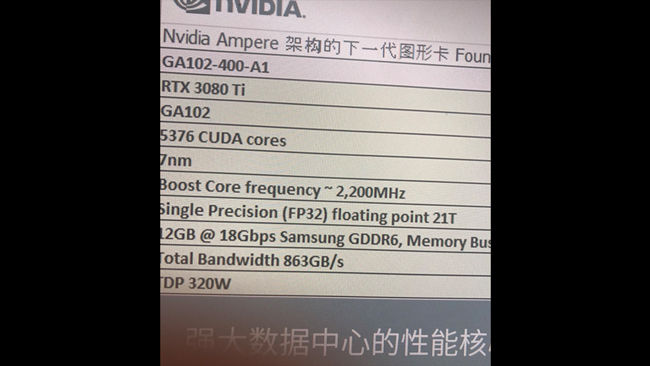 Previous rumours indicate the presence of three GPUs, the GA102-200, GA102-300 and GA102-400. If we are to look at the plausibility of these specifications then a boost clock of 2200MHz is very much possible since the RTX 2080 which is built on a 12nm process did manage 2098 MHz boost clock on the MSI RTX 2080 Ti Lightning Z edition. And if we are to consider exotic cooling, then this particular graphics card was even overclocked to 2505 MHz under LN2.

Coming to the core count, with 5376 CUDA Cores @ a boost clock of 2200 MHz, the FP32 performance comes out to be 23.6 TFLOPS. The leak states 21 TFLOPS of FP32 performance which points to a base clock of approximately 1950 MHz. Compared to the 11.8 TFLOPS that the NVIDIA RTX 2080 Ti Founder Edition was capable of at base clock, the RTX 3080 Ti ends up being 78% more powerful at 21 TFLOPS. NVIDIA has usually maintained a gen-on-gen performance increment of approximately 30% so such a high performance delta becomes very difficult to believe. Even the Ampere A100, which is an enterprise grade GPU powering the DGX-A100 only provides 19.5 TFLOPS of FP32 performance. So for NVIDIA to release a consumer card that’s more powerful than its enterprise card seems extremely unlikely. Even the performance delta between the Ampere A100 and the Volta V100 is 24.5% so this particular leak with its supernormal performance delta is as good as fake.