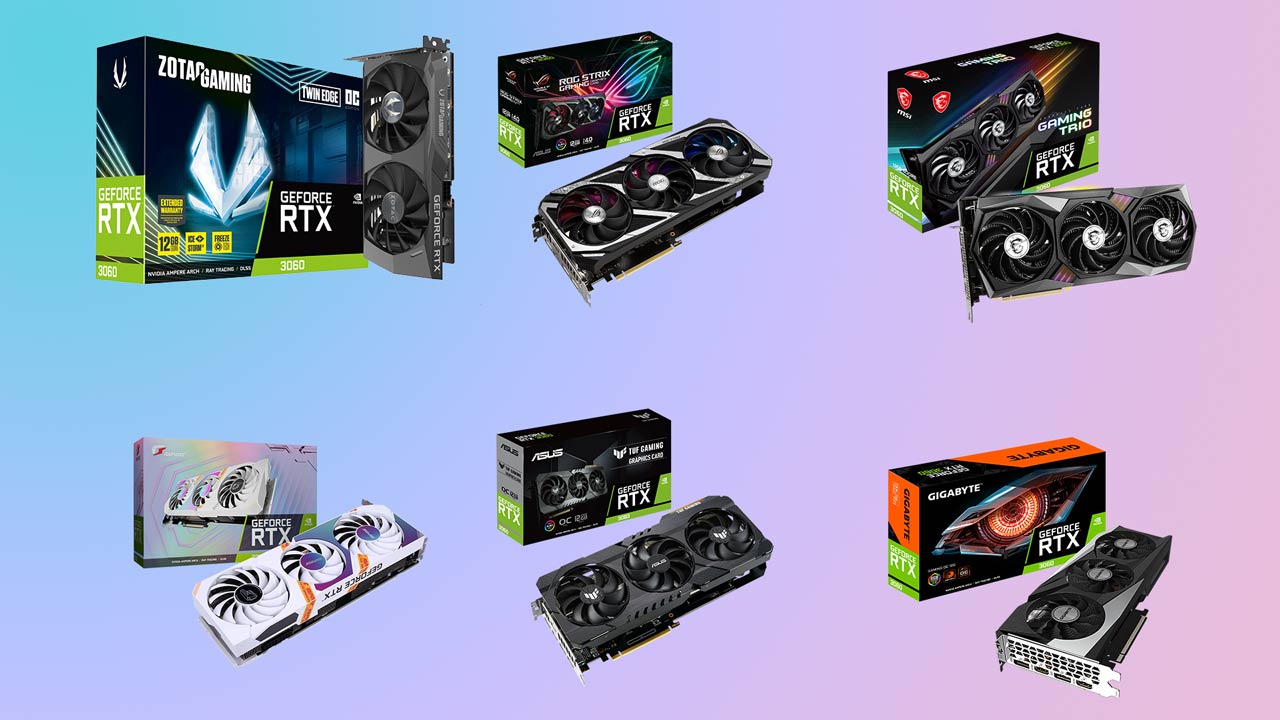 The RTX 3060 is a mid-range graphics card that's targeted at folks who own 900-series and 10-series graphics cards and supposedly offers 30% more performance than the RTX 2060 in rasterised and ray-traced video games. Listings for the graphics card have already gone up on several online stores with no official pricing being mentioned. Folks wanting to purchase the card will have to individually reach out to the stores to get the latest prices. The previously launched RTX 3060 Ti cards have been selling for nearly twice the stated MRP in India. The international price for the RTX 3060 is USD 329 (Approx INR 28,185 with taxes).

Rumours had indicated a weaker RTX 3060 prior to the launch of AMD's RX 6000 series GPUs. It would have had fewer SMs and equal or lesser memory than the RTX 3060 Ti. Thankfully, we now have an RTX 3060 that has 28 Streaming Multiprocessors which give us 3584 CUDA cores. They also include 112 3rd Gen Tensor Cores, 28 2nd Gen RT cores and a 192-bit memory interface.  Essentially, you have a narrower bus addressing a much larger chunk of memory. Benchmarks should peg the card at about 75-80% of what the RTX 3060 Ti is capable of at 1080p. It certainly seems like a worthwhile upgrade for folks who currently own a GTX 1060 or older graphics card whereas RTX 2060 Super owners can stay with their existing GPUs until the next major GPU launch happens.

While the RTX 3060 is expected to sport a more economical price tag compared to the RTX 3060 Ti, we don't expect to see Indian retailers selling it at the stated MRP any time soon. The stated MRP is USD 329 which with taxes comes out to around INR 28,185 but it's extremely unlikely that we'll see cards selling at that price. The global chip shortage problem is expected to last for another year and will only start easing up in the latter part of this year. So don't be surprised to see exorbitantly priced graphics cards for the next couple of months. NVIDIA is certainly doing their part by trying to provide founders edition cards in India at affordable rates via their retail partners, RPTech. However, only 10-40 cards are stocked around once every month or so. Moreover, the infrastructure has been shown to be barely sufficient to handle the web traffic load when the cards do go on stock.

NVIDIA has also limited hash rates on the RTX 3060 for select crypto mining software to ensure crypto miners don't go after the same card. It stands to be seen how long it will take for the miners to bypass the driver limitation.

As of today, RPTech has unlisted the RTX 3060 Ti from the website. You can still get to the RTX 3060 Ti page if you have the direct URL. It remains to be seen if the card will be restocked again. 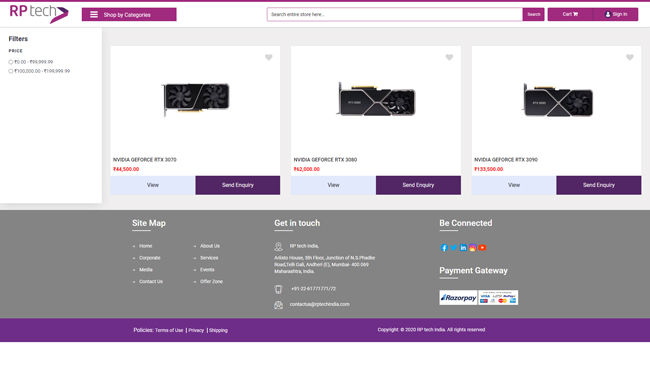 The card was recently stocked on the 15th with about 40 units available on the day of sale and saw the portal crash multiple times througout the day.