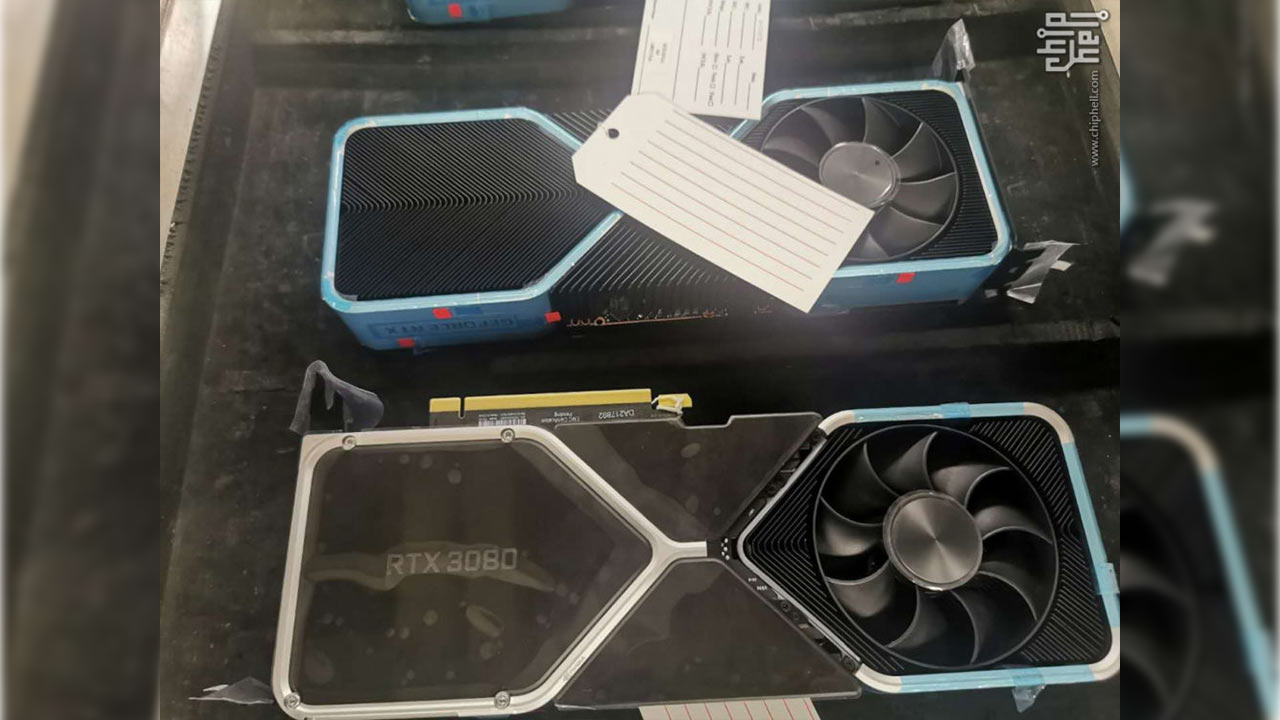 NVIDIA RTX 3080, one of the upcoming NVIDIA Ampere based graphics cards has been spotted by folks over at Chiphell (via Videocardz). The NVIDIA Ampere architecture was recently unveiled by their CEO Jensen Huang during the GTC 2020 Keynote as the new graphics architecture powering their enterprise offerings including the DGX A100 system. The RTX 3000 series is the successor to the Turing based RTX 2000 series that saw NVIDIA offering hardware-accelerated real-time ray-tracing for the first time ever. NVIDIA is rumoured to be looking at a Q3-Q4 2020 launch window for the new RTX 3000 series of graphics cards. The RTX 2000 series were officially announced to the world at Gamescom 2018 and while Gamescom 2020 has been cancelled, we have seen a slew of virtual conferences being set up in their place. We could see the RTX 3000 series being announced at any of these or NVIDIA could simply organise another virtual conference like they did for GTC 2020.

While it is definitely quite early for us to comment on whether this would be the final design of the NVIDIA RTX 3080, it appears to be one of the final design candidates. NVIDIA seems to have gone with the magnesium alloy chassis with flat plastic faces to cover parts of the heatsink. The photos show two faces of the same graphics card or these could be separate designs. If we are to assume that these are two faces of the same card, then this would be a twin-fan design with the impeller on the front face pulling air into the shroud which is then channeled through the length of the card and expelled by another impeller that’s facing the rear. We can see that the two impellers are oriented to act in a push-pull configuration.

On the backplate, we can see the RTX 3080 lettering and by the looks of it, the PCB seems to be oddly shaped. Also, it seems to be quite a short PCB for a high-end card. We’ve seen ZOTAC use similar short designs such as the ZOTAC GAMING GeForce RTX 2070 SUPER MINI.

On the top side, we do see an opening for the NVLink Adapter but there don’t appear to be any power connectors. This would mean that the power connectors are on the side as is the case with QUADRO cards. 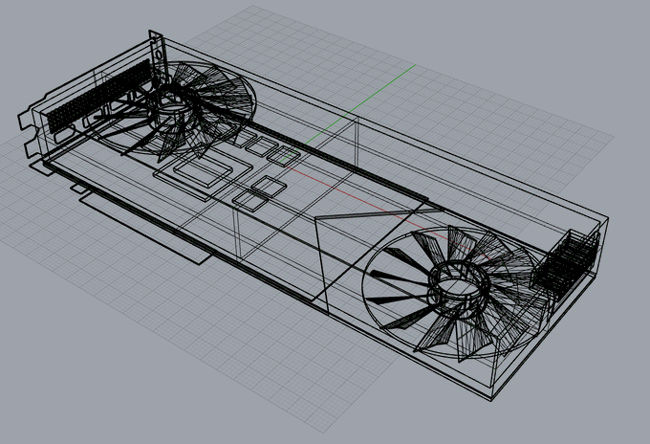 Twitter user @Cloudol went one step ahead and created a rough sketch of the internals based on these leaked images and it gives us an idea of the airflow within the cooling assembly. Obviously, we’ll only know more closer to launch as more details come out.

If the RTX 3080 goes down the same path as the RTX 2080, then we could see it shipping with a GA102 GPU that might have about 46-54 SMs. The GA100 comes with 108 SMs and 6912 CUDA cores. So the RTX 3080 could have around 3456 CUDA cores or even more considering that NVIDIA has switched to a more efficient 7nm TSMC node allowing it to cram a lot more CUDA cores onto the GPU as long as the power draw is within spec. A lot also depends on how much AMD’s Big Navi is capable of. The RDNA 2 cards are supposed to launch in September 2020 and have managed to gain 50% perf-per-watt over RNDA. So to compete with that we’ll need NVIDIA pushing the envelope even further.