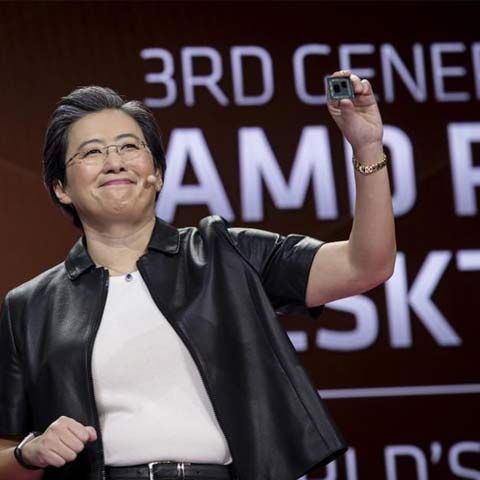 COMPUTEX 2019 kicked-off with the first ever launch keynote given by none other than AMD’s CEO, Dr. Lisa Su. AMD had several major announcements lined up of which we had noticed a few leaks but nothing too concrete. All we knew was that Radeon Navi GPUs and 3rd Gen Ryzen processors would certainly be announced. Here are the announcements in detail.

Dr. Lisa Su kicked off the day’s announcements with their data centre offerings. AMD EPYC has grown over the last 3 years to now have more than 60 solutions and more than 50 cloud installations. This was followed by pointed out the latest jewel in AMD’s crown, the Frontier Supercomputer at Oak Ridge, National Laboratory which is capable of more than 1.5 exaFLOPS and is supposedly going to be the world’s fastest supercomputer once it goes live.

The meat of the announcement was AMD’s latest collaboration with Microsoft to incorporate AMD EPYC processors into Microsoft’s Azure cloud computing solutions.

Next up, AMD announced AMD’s 2nd Gen EPYC processors codenamed ‘Rome’. This second gen AMD EPYC platform can give up to 64 cores per socket and can reportedly push four times the floating point workload per socket compared to the previous gen EPYC processor. This was showcased with a demonstration that pitted a 64-core/socket AMD EPYC 2-socket solution against an Intel Cascade Lake 8280 28-core/socket 2-socket solution. The EPYC solution was capable of crunching out 19.60 ns/Day compared to the Intel solution. The 2nd Gen EPYC processors will be launched in Q3 2019.

Sporting what AMD calls as an entirely new microarchitecture called RDNA, the biggest announcement was the new 7nm based GPUs which will be part of AMD’s much anticipated Radeon NAVI GPUs a.k.a. The AMD Radeon RX 5000 family of graphics cards. The naming scheme is centered around this being AMD’s 50th anniversary.

The new microarchitecture, dubbed RDNA, is supposedly different from the existing GCN architecture that has been powering AMD Radeon GPUs since the Southern Islands family i.e. Pitcairn, Tahiti, Oland and Cape Verde. Key improvements include a new compute engine design, multi-level cache hierarchy and a streamlined graphics pipeline. This will also provide the new Radeon RX 5700 series to offer faster clock speeds at lower power. These will also be the first PCIe Gen 4 capable graphics cards.

AMD Radeon RX 5700 lineup was pitted against an RTX 2070 in a video game benchmark of Strange Brigade and was shown to have about 10% lead. AMD Radeon RX 5700 series will be available in July 2019 with more details set to be revealed on June 10. And it will be a multi-GPU launch unlike the earlier Radeon VII launch at CES 2019.

However, AMD has even bigger plans with the 3rd Gen Ryzen. AMD announced the Ryzen 9 family of processors with the top SKU being the Ryzen 9 3900X, a 12-core / 24-thread beast of a processor rated for 105W TDP. It has a base clock of 3.8 GHz and a boost clock of 4.6 GHz and uses two chiplets to achieve the high core count. In a Blender benchmark pitting the Ryzen 9 3900X against the Intel Core i9 9920X, the render was completed in 32 seconds on the 3900X as against 38 seconds on the Intel 9920X. It should also be noted that the Intel Core i9-9920X is a 165W TDP processor and the Ryzen 9 3900X beats it in both, single threaded and multi-threaded performance.