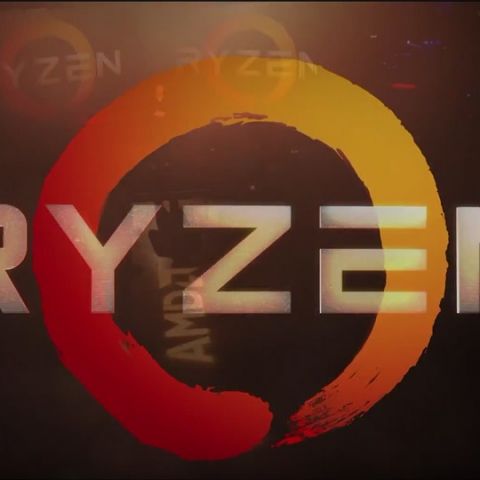 AMD unveiled Ryzen, its next-gen CPU architecture which was till now known as Zen. Consumer enthusiast SKUs will arrive in the form of “Summit Ridge” in Q1 of 2017. AMD Ryzen will also bring AMD’s new AM4 platform which will support DDR4 RAM, PCIe 3.0, USB 3.1 Gen 2, SATA Express, NVMe along with a bunch of other technology improvements. Zen reportedly promises 40% more IPC which is a huge efficiency gain compared to Excavator which is their previous architecture. The flagship Ryzen SKU will supposedly give Intel a run for their money as it’s expected to be priced at a much lower price point. In case you’re wondering how this will be pronounced, it is ‘Rye-Zen’. 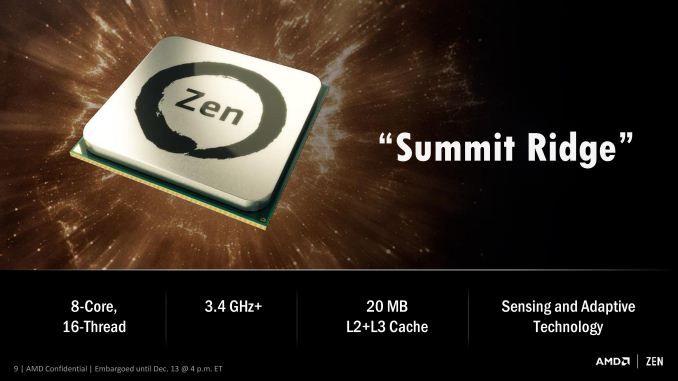 The AMD Ryzen flagship SKU was demonstrated at 3.4 GHz 95 Watt TDP in a head-to-head comparison test in a Blender render and was found to match Intel’s 6900K CPU which is rated at 140 Watt TDP. In another test, the same AMD Ryzen test encoded a video file in 54 seconds while the 6900K completed the same workload in 59 seconds. That’s roughly a 10% improvement over the $1,100 6900K CPU. 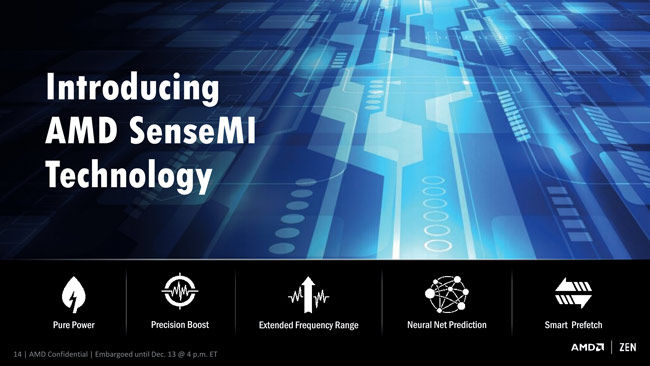 Pure Power: This is AMD’s new power efficiency technology that actively monitors clock speed, temperatures, voltage and current levels. These parameters are used to make on-the-fly decisions to reduce power consumption. There will be distributed sensors across the silicon taking these measurements. Behind the scenes, this is being done by AMD’s new ‘Infinity Fabric’. This was first introduced when AMD talked about their Carrizo line of APUs.
The benefit of this technology is that the DVFS curve gets a little shallower than the generic DVFS curve for Excavator. This optimized power delivery helps with the next part, i.e. Precision Boost. 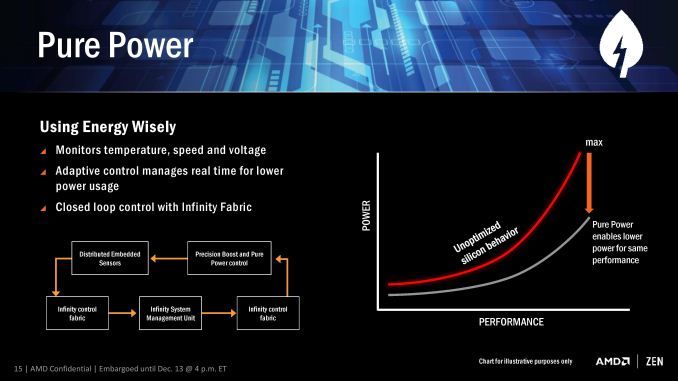 Precision Boost: Every CPU and even GPU have some sort of frequency scaling technology, AMD’s new solution for the Ryzen architecture is Precision Boost. Why the word ‘Precision’? Because the frequency increments are in the form of 25 MHz jumps instead of the standard 100 MHz jumps which were common until now. This also means that the number of multipliers available go all the way up to 136x to hit the base 3.4 GHz clock speed and scale further. AMD can also utilize fractional multipliers to add an extra level of precision. Precision boost values are internal and not visible to the user. 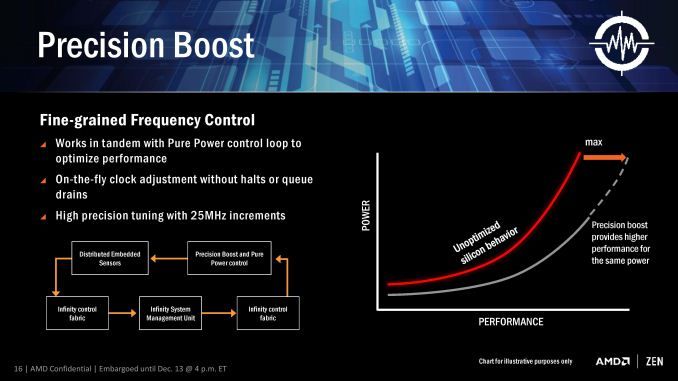 Extended Frequency Range (XFR): Ryzen can sense what kind of custom cooling solution you’ve used – air, water or LN2 – and will scale to provide more clock speeds as long as your cooler can handle it. It seems like AMD has a table of temperature profiles according to which it will scale the core frequency. Till now, CPUs had a ceiling frequency boost. For example, the AMD FX-8370 which is clocked at 4.0 GHz will go all the way up to 4.3 GHz when Turbo Boost kicks in. With Extended Frequency Range, this 4.3 GHz ceiling has been done away with. So if you have liquid nitrogen boiling away in you pot, then expect frequencies to keep rising.
This will change the scope of competitive overclocking to an extent but manually tweaking values will still be required to break records. Again, Ryzen will be performing all of these optimizations behind the scenes. 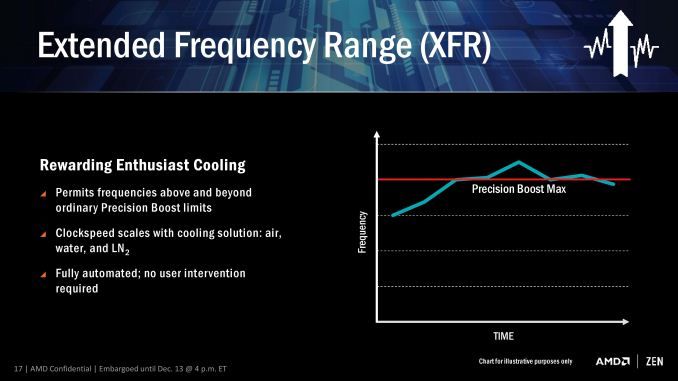 Neural Net Prediction: AMD described this as a ‘true artificial network inside every Zen processor that builds a model of decisions based on software execution’. So at the core, instructions are sequenced within the CPU before they are executed. And often, you’ll come across situations where a certain set of instructions need to be prioritized over others. This prediction often requires identification of critical work paths, if done correctly, you don’t have to discard an existing instruction queue. Which in turn means, you don’t end up waste processor compute power.
Also, by identifying critical work paths, the CPU can accelerate those work paths to get a more optimized work flow. This Neural Net Prediction works in tandem with the next technology, i.e. Smart Prefetch. 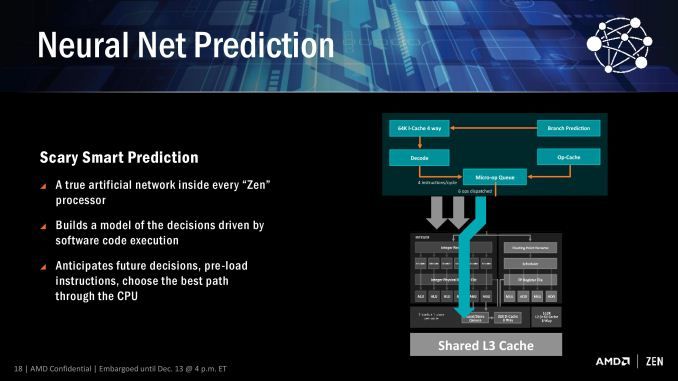 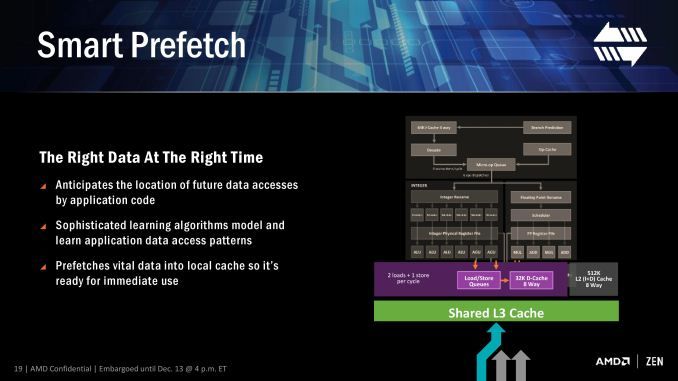 What else? AMD RYZEN + RADEON VEGA!

During the AMD Horizon event, AMD also teased the Radeon VEGA which is their upcoming enthusiast GPU. VEGA will feature 8 GB of HBM2 memory and can handle Doom running at 4K crunching out 70 FPS.