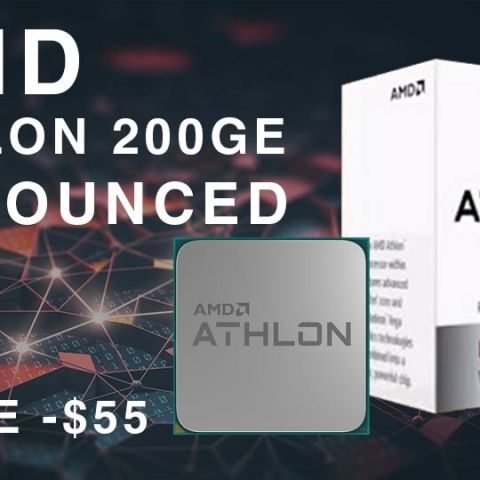 AMD has a fairly diverse Raven Ridge SKU stack comprising of the AMD Ryzen 3, 5, 7 and Threadripper CPUs. However, Intel still retained the advantage in the budget segment where the Pentium and Celeron CPUs still reign supreme. With today’s announcement of the AMD Athlon 200GE, AMD aims to usurp Intel’s lead in that range as well. The AMD Athlon 200GE is a 35W APU with 2 cores / 4 threads and ships with Radeon Vega 3 integrated graphics. Previous gen Athlon CPUs from AMD did not have integrated graphics, so the 200GE has a prominent advantage now. The Athlon 200GE has a suggested price of $55 and it will go on sale from 18, September 2018. Official Indian price is Rs.4190+GST so that should go up to Rs.5000 after considering GST.

The new Athlon 200GE CPU surfaced in February this year after a benchmark result of an unreleased Lenovo machine crept into the SiSoft database. Not much of the specifications can be seen in the listing but the base specs seem to have remained unchanged. Here are the specs in detail.

The Athlon 200GE is aimed at non-intensive applications such as web-browsing, general productivity such as word processing and at casual gaming. 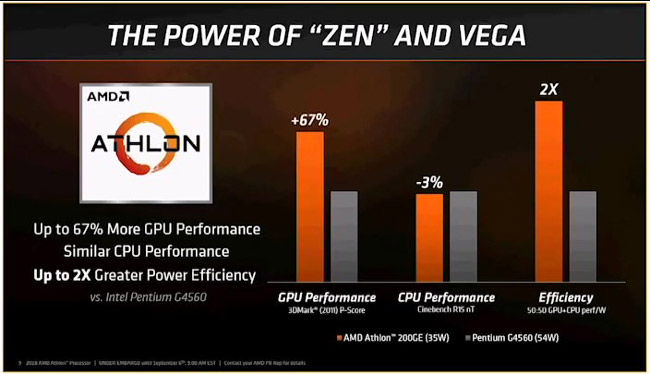 The largest gain appears to be with regards to performance-per-watt. The Athlon 200GE ships with a TDP of 35 W while the older Pentium G4560 has a TDP of 54 W. This combined with the performance improvement puts the 200GE ahead by a factor of two. In multi-threaded applications, the 200GE is more or less equally matched with the with the Pentium G4560. It has significant gains in Blender and Handbrake benchmarks but appears to lag behind in Cinebench. As for other benchmarks, you can see that the two processors are pretty much similar in performance.

In the briefing, AMD showcased the Athlon 200GE against the Pentium G4560 on the basis of the IGP as well as with a GTX 1050 thrown into the mix. The latter is because AMD wanted to showcase how it would fare over time as consumers made incremental upgrades. Before we get to that, let’s take a look at how the two CPUs fare on their own. 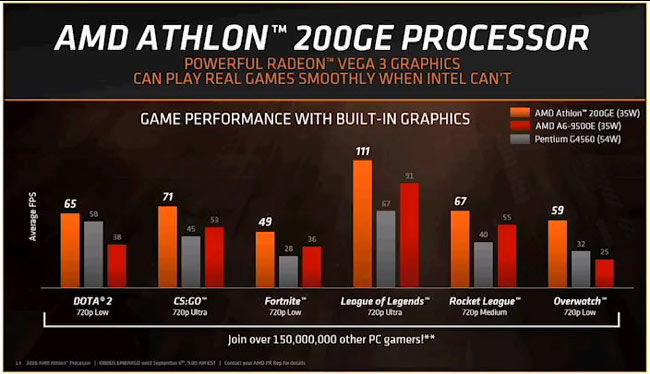 All the benchmarks were of a 720p resolution and shows the Radeon Vega 3 graphics to be way ahead of the Intel Pentium G4560. The titles compared include DOTA 2, CS:GO, Fortnite, League of Legends, Rocket League and Overwatch. Almost all of these titles feature in competitive eSports. 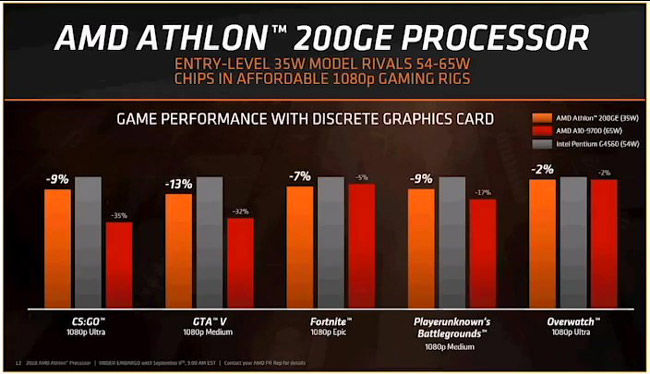 With the GTX 1050, the two seem to be more or less evenly matched showing that the 200GE on its own doesn't appear to cause any bottlenecks.

We still don’t have the official Indian pricing but the AMD Athlon 200GE will launch at an SEP of $55. After taxes, this should work out to roughly the same as the Intel Pentium G4560. However, the Indian Rupee just breached 72/USD so expect a bit more volatility by the time the CPU hits retailers on September 18, 2018. The price of the AMD Athlon 200GE is Rs.4190 without GST and about Rs.5000 with GST. 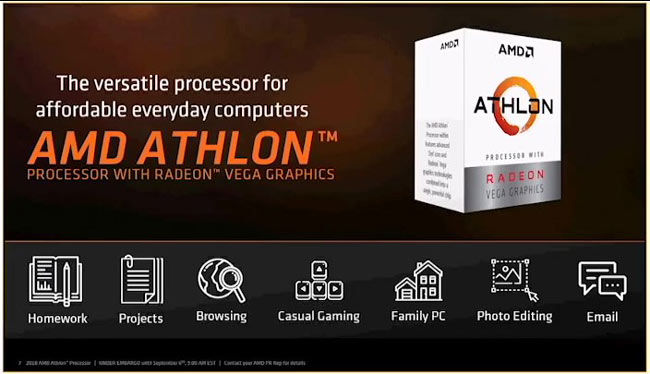 We expect it to be the same as the Intel Pentium G4560, otherwise, the only reason for folks to get the Athlon 200GE would be for budget gaming.

AMD has also announced the Athlon 220GE and the Athlon 240GE to supplment the new Athlon lineup. More details about these SKUs will be made available towards launch which is supposed to happen in Q4 2018.