The Google Pixel phones are available in India in Quite Black colour, and prices start at Rs. 57,000. 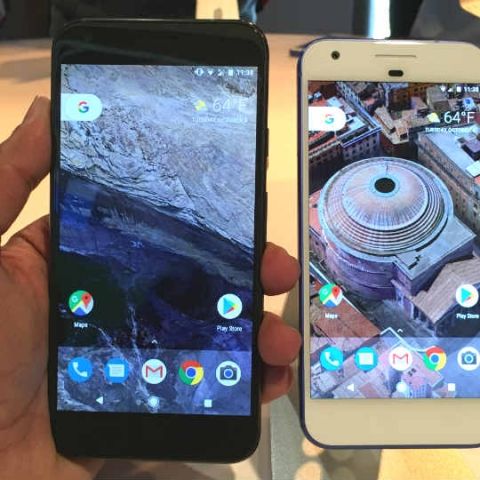 Google's Pixel phones are now available for pre-order in India. The smartphones are being sold online exclusively on Flipkart in India, and currently only three models are available for pre-order. Both the 32GB and 128GB variants of the Pixel's Quite Black variant are up for pre-order, along with the 128GB Pixel XL of the same colour. Prices start at Rs. 57,000, and Flipkart will be offering no-cost EMIs and exchange offers worth up to Rs. 27,000 on the phones.

To recall, the Pixel phones are Google’s present generation flagships, powered by Qualcomm Snapdragon 821 SoCs. The new chipset was first announced in India with the Asus Zenfone 3 Deluxe in August 2016, but we have not yet received word of it hitting the market. The Pixel phones have 4GB RAM and are available in 32GB and 128GB storage. Both the phones use 12MP rear cameras, and Google has claimed them to be the best smartphone cameras ever, citing DxOMark’s rating of 89. Many have stated that the new Pixel phones resemble the Apple iPhones, but they still look quite good.

The Pixel phones run on Android Nougat v7.1. They are the first devices to feature Google’s personalised search experience with “Google Assistant” built in. Pixel buyers will also get unlimited storage on Google Photos, to save full resolution photos and videos.

With preorders beginning today, Google may possibly commence sales of the other variants of the phone in India, soon. The Pixel smartphones will start shipping by the end of October 2016.