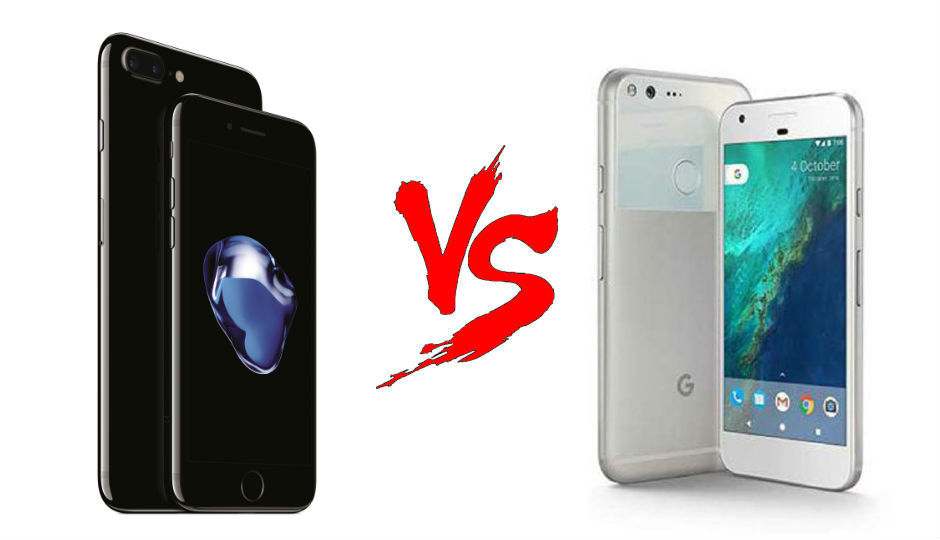 Apple's iPhone 7 is going on sale from midnight tonight, in India. The new iPhone offers a new camera, new SoC and slight improvements in overall terms. Google, meanwhile, has brought a fresh approach to Android. The Pixel phones, alongside bringing the latest processors and what Google claims to be the "world's best smartphone camera", offer the freshness of a new Android OS. In many ways than one, the Pixel phones are a fresh approach by Google at Android devices, amplified by the change of name from Nexus to Pixel. Unlike previous Nexus phones, the Pixel is a phone conceptualised, designed and made by Google, and it even costs nearly as much as the present generation iPhones. Naturally, we had to rope in a direct comparison between the two! 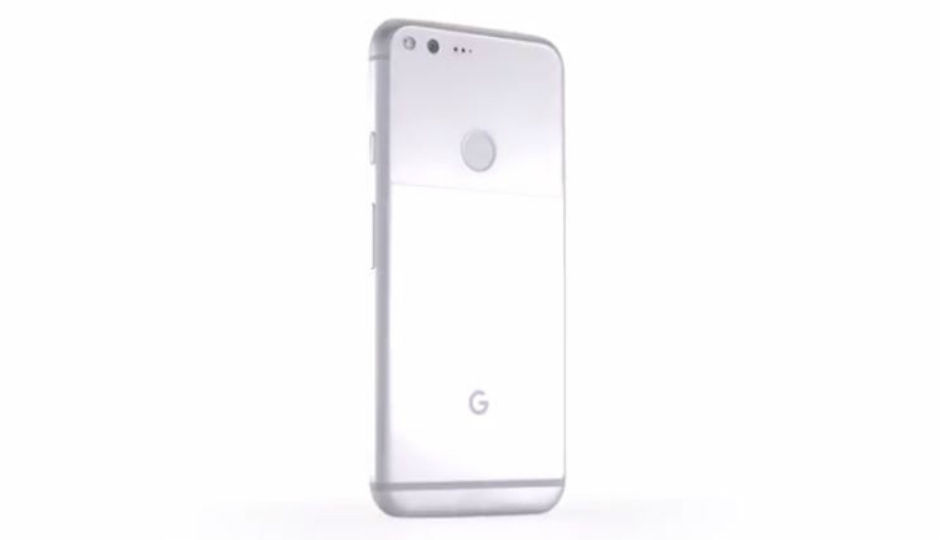 Design and Build
If you look closely at the Google Pixel and Pixel XL, the designs are somewhat similar to the iPhone 7 and 7 Plus. All four phones have curved glass fronts fused with aluminium shells. Although the Pixel has a half-glass back and no camera bump, the overall design looks rather similar to the iPhones. You may state that the half-glass back of the Pixel is not the most elegant, but it certainly is different. 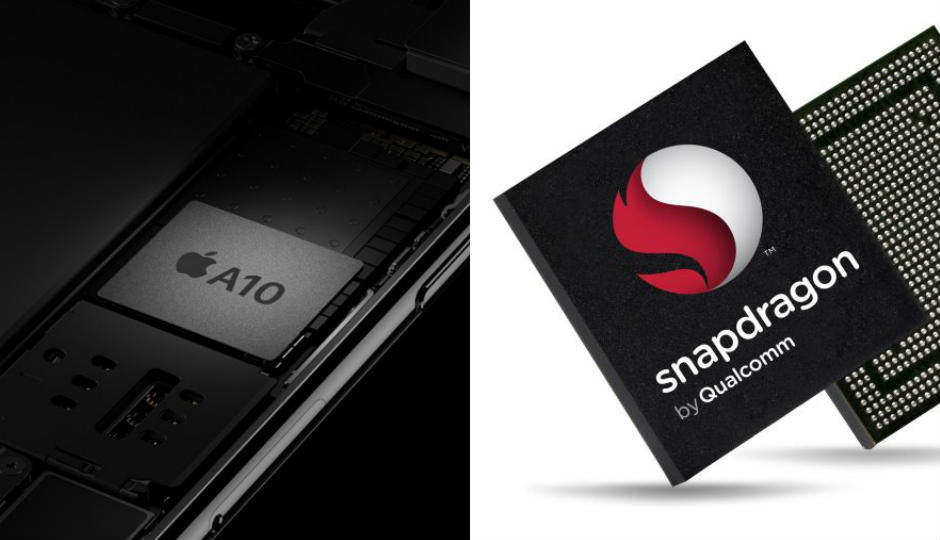 Processing power
Apple uses the A10 Fusion chip on the iPhone 7, while the Google Pixel uses Qualcomm’s Snapdragon 821 SoC. Both are quite fast, and should see you through heavy mobile tasks. While the Apple iPhone 7 and 7 Plus have 2GB and 3GB of RAM respectively, Google has provided 4GB of RAM to both the Pixel phones. In terms of benchmark, publically available benchmark data suggests that the Apple A10 SoC is significantly more powerful than the Snapdragon 821, but the latter catches up with multi-core performance. You can check our comparison of Google's Pixel XL with other flagships to know more. 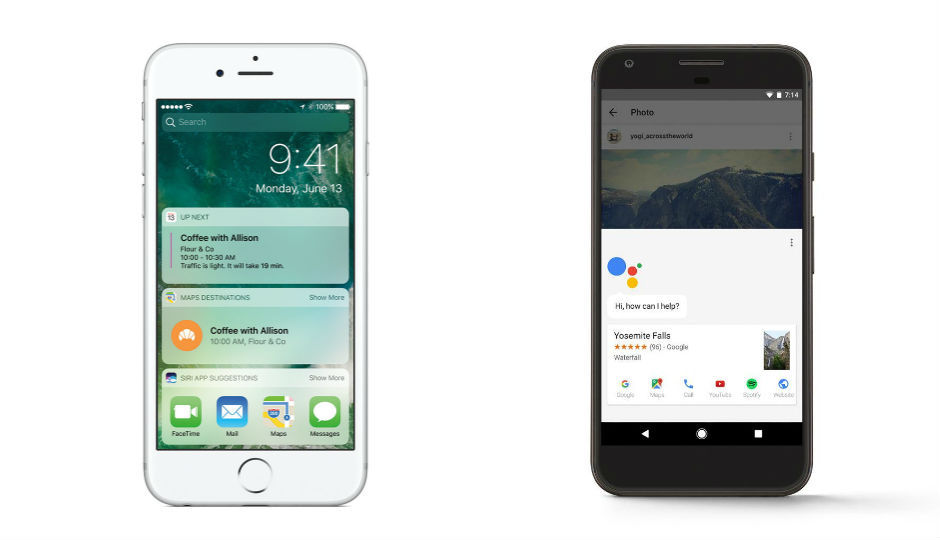 Software
Software plays a crucial part in high-end smartphones, and Google is addressing that. Apple's iOS has remained the smoothest and most intuitive operating system till date, thanks to the vertical integration of its software with the related hardware. Google, meanwhile, is slowly but steadily catching up, by offering finer controls for app permissions, smoother UI and lighter resource consumption to make Android more fun. Google’s Pixel phones are also the first devices to integrate Google’s Assistant, an AI-powered assistant to help you with daily tasks. Siri has also been upgraded to give smarter solutions on iOS, and it remains to be seen how well each fare. 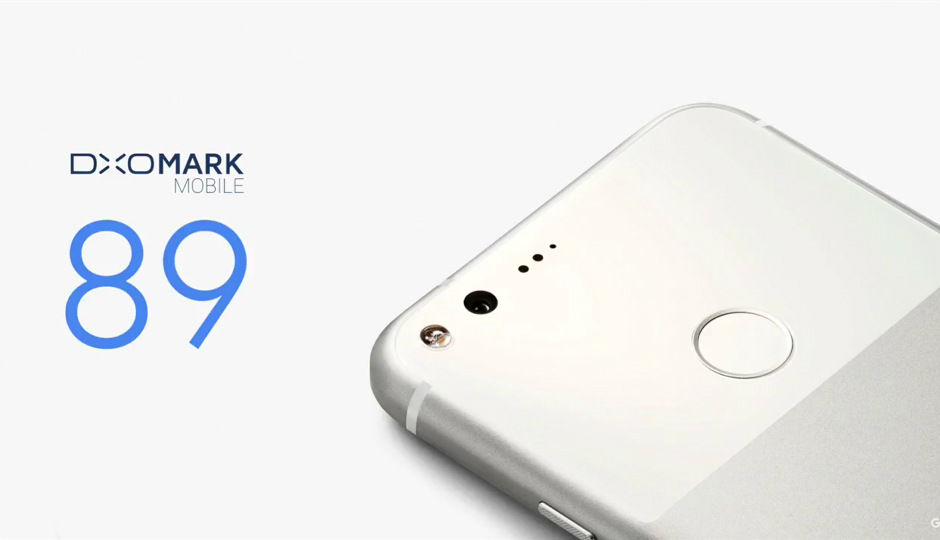 Camera
Both the Google Pixel and the iPhone 7 use 12MP primary cameras, with the iPhone 7 Plus featuring a dual-camera setup. While Apple 's iPhone 7 Plus presents optical zoom, Google has quoted DxOMark rating of 89, which has been the highest for any smartphone yet. While this does not eliminate the iPhone 7 in any way, we expect both the smartphones to host fast cameras with good image quality, and optical zoom may just be a deciding factor here. 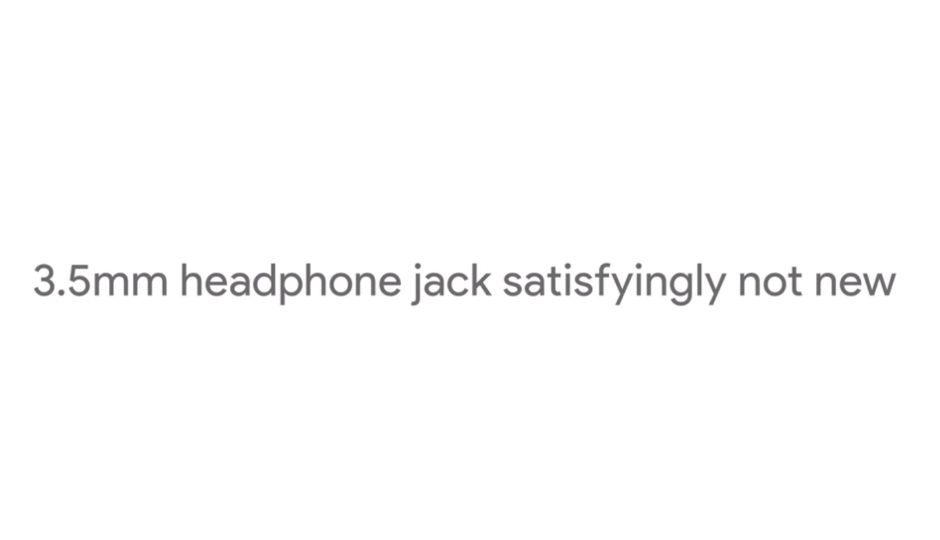 Headphone Jack
Everyone is making a big deal of Apple killing the headphone jack, but Apple wasn't the first to do so. Phone manufacturers like Moto and LeEco are also moving on from the old analogue audio port. Google, though, has stuck by the headphone jack, and even made a point to mention it rather noticeably. 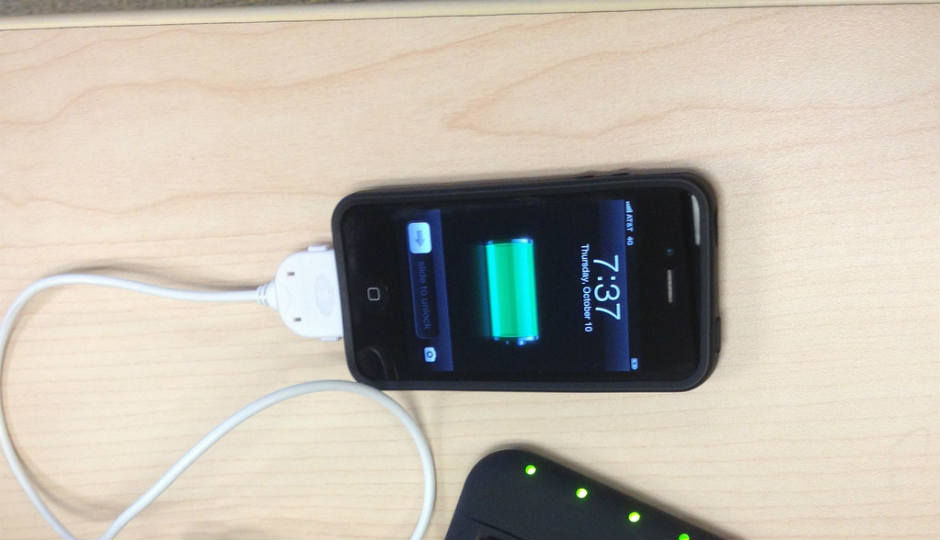 Battery
Google claims that the Pixel phones can offer up to 7 hours of usage with only 15 minutes of charge, although no data has been released on how long it would practically last. For Apple, smartphone battery life has not been the forte, although the company now states that it has been significantly improved over previous generations. 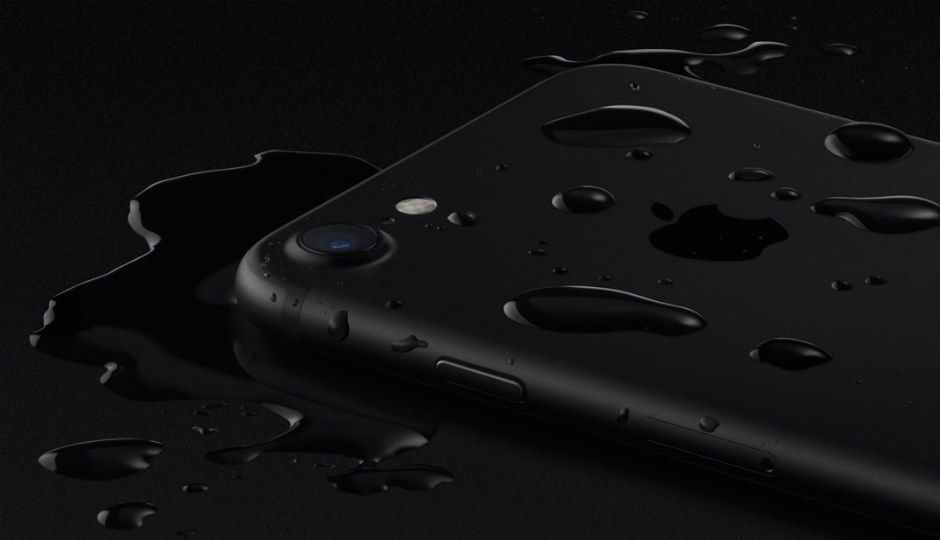 Water resistance
While Apple and Samsung are now providing IP67 and IP68 certification to give extra protection from dust and water, Google's Pixel is only IP53-rated, making the two phones splash-proof. This may not be a decision-altering factor, but when you are shelling out upward of Rs. 57,000, we would expect the phones to survive an accidental plunge into water. 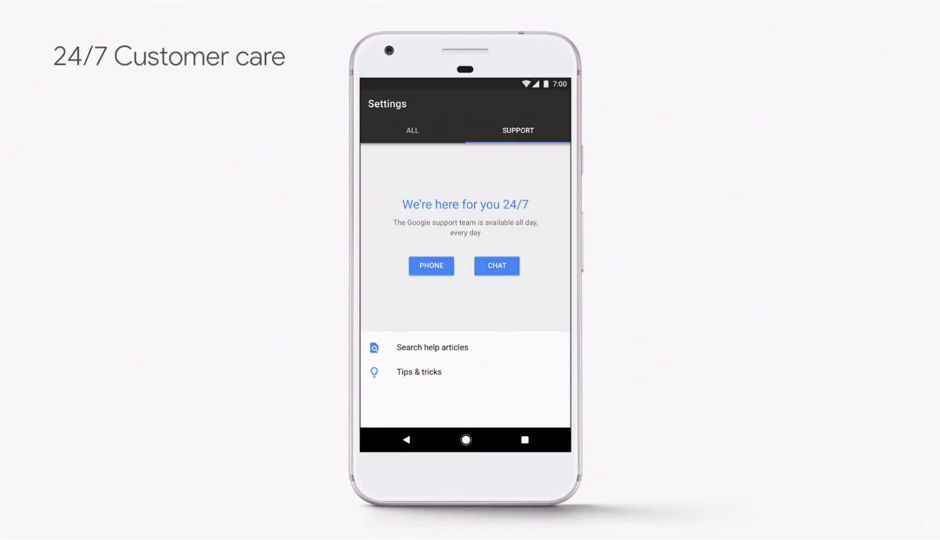 After-sales support
Apple's after-purchase support has been in India ever since the company started selling its iPhones here, and in ample numbers. Google, meanwhile, has announced a new 24x7 customer care service built into the phone. This service will work in the US and probably some other countries such as UK and Australia, and we await clarity on how it will work in India. It is most likely that Google will partner with a separate agency for this. 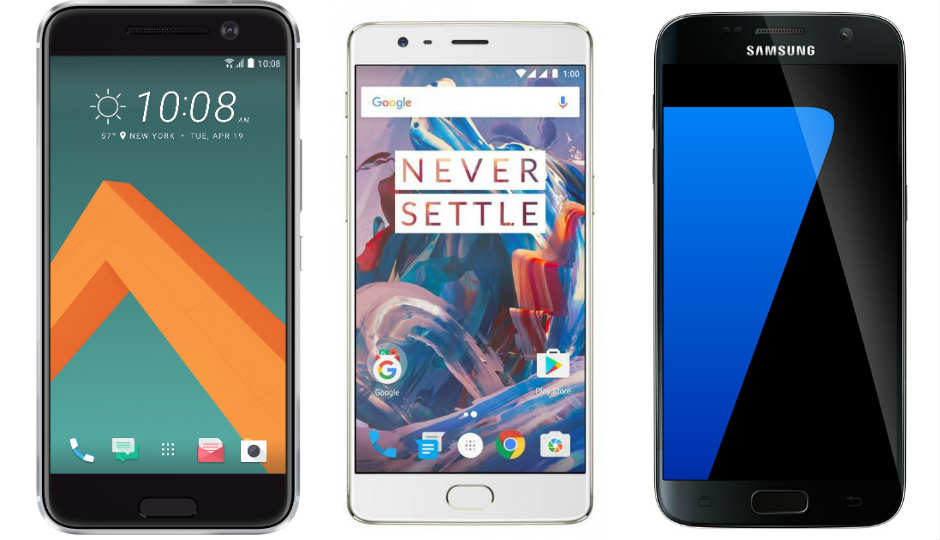 Competition
While the Apple iPhone 7 and the Google Pixel are flagship smartphones and are even priced similarly, the Google Pixel and Pixel XL are unlikely to sell as much as the iPhone 7. The reason for this is while Apple has only two devices running on iOS, Google will have a host of smartphones running on its own OS to compete with. The Pixel phones will be competing with other Android flagship devices like OnePlus 3, Moto Z and Samsung Galaxy S7 Edge. Pricing will also be key, as most Android competitors for the Google Pixel and Pixel XL are priced lesser than these.