YotaPhone 3 sports a 5.5-inch Super AMOLED display on the front and a 5.2-inch E-Ink display on the rear. The smartphone is powered by the Snapdragon 625 platform and it runs Android Nougat. 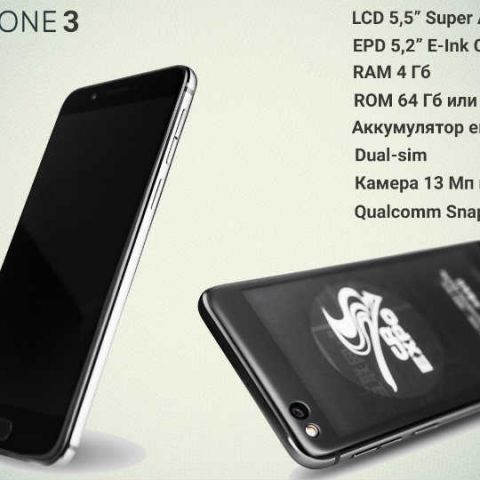 Yota, the Russian smartphone maker has announced the launch of the YotaPhone 3 with a dual screen. The YotaPhone 3 features a primary 5.5-inch Full HD AMOLED display and a secondary 5.2-inch E-Ink display at the back of the device.

The YotaPhone 3 is powered by Qualcomm's octa-core Snapdragon 625 chipset, also found on smartphones like the Xiaomi's Redmi Note 4 and Moto G5 Plus. The smartphone comes with 4GB RAM and there is option for either 64GB or 128GB internal storage. The smartphone gets a 13MP primary camera with a dual-tone flash and a 12MP selfie camera. There is a front-mounted fingerprint sensor which also doubles up as home button.

The YotaPhone 3 runs YotaOS 3.0 based on Android 7.0 Nougat and the rear E-Ink display offers three capacitive navigation keys. The smartphone is backed by a 3300mAh battery and uses USB Type-C port for charging. Yota says that the phone will be called the Yota3 is Asia while it will retail as YotaPhone 3 in Russia and other markets.

The company is expecting to sell over 1 million units of YotaPhone 3 with major focus on sale from China. The smartphone will become available first in China from JD.com and pre-orders will begin starting September 5. The actual sale will begin from September 18. The 64GB variant is priced at 2,398 Yuan (approximately Rs 24,000 directly converted) while the 128GB version will retail for 3,098 Yuan (approximately Rs 31,000 directly converted).