Xiaomi filed a patent for a new foldable phone on November 8.

It reveals the design of a foldable phone with penta-camera pop-up module.

While there is a patent it doesn’t mean that we may see a real product anytime soon or at all.

A new patent published by Xiaomi on November 8 shows a foldable phone that has five cameras in the pop-up module. The phone has an outward-folding screen and depending on how a user holds it, the penta-camera setup can be used as front or rear cameras. The left side of the phone, when unfolded, is thicker, which could house the battery and other components that make up the phone.

While there is a patent it doesn’t mean that we may see a real product anytime soon or at all. However, Xiaomi is yet to unveil its foldable phone, which was teased in a video of a working prototype. There is no word on the launch date of the same. However, the Chinese phone manufacturer released Mi Mix Alpha recently that sports a flexible display which wraps around the device. 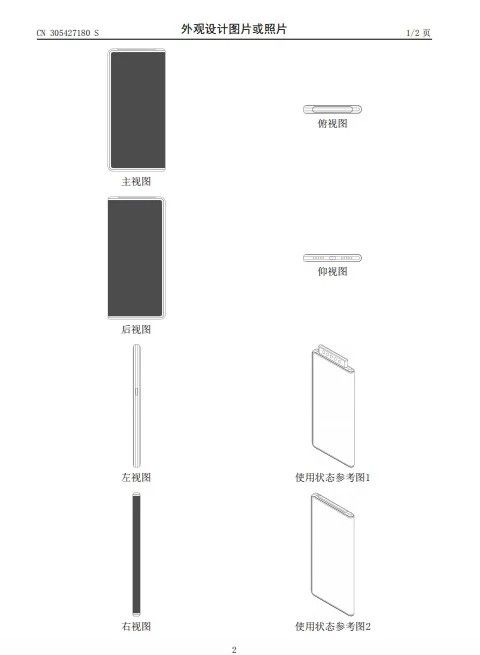 Talking about the state of foldable phones, Samsung is about to launch a new foldable device, Samsung W20, on November 19 in China. At the Samsung Developer Conference 2019 in the United States,  the company teased a vertically folding smartphone too. While the company has a vertically folding phone in works, this could well be a Galaxy Fold with 5G support. The poster released by Samsung shows a design like the Galaxy Fold.

Moreover, Motorola is gearing up to launch a foldable phone, Motorola Razr on November 13. The company has sent out invites for an event on November 13 where it will reveal a “reinvented icon”. Although the older Razr was a foldable phone, the new one could have a large foldable screen in the older Razr’s form. Leaked specs have alleged that the new Razr will come with a Qualcomm Snapdragon 730 chip and a $1500 price tag when it does ship.

More folding phones are expected to launch in 2020.