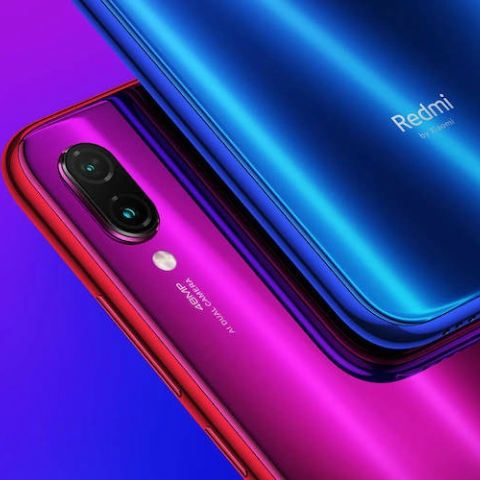 In what can be called a head start for Xiaomi, the company has once again topped the Indian smartphone market capturing Xiaomi 29 percent share in the first quarter of 2019, though its shipments declined by 2 percent on a year-over-year (YoY) basis, Counterpoint’s Market Monitor service said in its latest report. Samsung, which led the overall handset market, came second with 23 percent market share - down from 26 percent a year before.

“India’s smartphone market continues to attract a lot of attention from Global and Chinese players. Data consumption is on the rise and users are upgrading their phones faster as compared to other regions. This has led to users spending more on their purchase which is driving up the overall average selling price (ASP) in the market. As a result of this, the premium specs are now diffusing faster into the mid-tier price brands. We estimate this trend to continue leading to a competitive mid-tier segment in coming quarters,” Tarun Pathak, Associate Director, said in a statement.

Overall, the market share of Chinese brands in the Indian smartphone market reached a record 66 percent during the quarter. Volumes for the Chinese brands grew 20 percent YoY mainly due to the growth of Vivo, Realme, and Oppo. Of all the top 5 brands, Vivo gained the maximum growth (of 100 percent) with capturing 12 percent of share, up from 6 percent in last year’s corresponding quarter. Oppo, meanwhile, captured 7 percent share, which is up 1 percent from Q1 2018.

While Vivo’s volume grew 119 percent as compared to the same quarter last year, Oppo grew 28 percent. Vivo’s expanding portfolio in the mid-tier (Rs 7,000 - Rs 14,000) drove its growth along with aggressive IPL campaign around flagship V series. Oppo, on the other hand, focused on expanding its portfolio in the less crowded Rs 15,000 - Rs 25,000.

“Xiaomi remains the market leader driven by new product launches. However, it faced strong market competition as compared to a year ago. Samsung did a major refresh in its product portfolio launching a new online-only M series. It also undertook a product refresh of the A series during the quarter. The new A series and M series launches quickly contributed to three-fifths of Samsung’s total smartphone shipments during the quarter. Vivo’s share reached its highest ever level in India, driven by the V15 series launch and an aggressive marketing campaign around the same. Realme continues to grow fast in India, leveraging on the strong momentum for its Realme 3 model during the quarter,” Anshika Jain, Research Analyst at Counterpoint Research, added.

Further, India's overall smartphone shipments grew 4 percent as compared to the first quarter quarter of 2018. “The overall growth was slower than expected as some of the major brands were sitting on inventory after a stock build up during the festive period last quarter. This quarter we have seen all major brands expanding their footprint in offline channels to gain market share. Xiaomi has laid out big plans for offline expansion by increasing its number of retail stores, Mi Homes, and Mi Stores specifically to target smaller towns. Realme, which started as an online-only brand, now gets the majority of its sales from offline channels. OnePlus is also now increasing its offline points of sale by launching exclusive stores across key cities,” Jain noted.

When it comes to the feature phone market, the firm said that the first quarter of 2019 saw 400 million feature phones users, and these phones are likely to stay for the next five years in India. Although Jio lost 6 percent of the market share to register 30 percent share, it is way ahead of Samsung that clocked 15 percent share in Q1 2019. Lava, Nokia and itel took the third, fourth and fifths spots with 13 percent, 8 percent and 7 percent share, respectively.

Xiaomi remained the smartphone market leader due to its aggressive offline expansion and. Its newly-launched Redmi Note 7 series crossed the one million mark within the first quarter of its launch. Xiaomi’s offline contribution was highest in March.

Huawei’s Average Selling Price (ASP) reached the highest-ever level driven by recently-launched honor 10 Lite and Honor View 20. It remains on the list of top ten smartphone brands in the country. In the premium segment, Samsung surpassed OnePlus to become the number one player driven by the good response for its newly introduced Galaxy S10 series. Rs 15,000 - Rs 20,000 was the fastest growing price band (240 percent) in Q1 2019.