Is this the Redmi 4A successor?

Xiaomi might be working on a new mid-range Android smartphone that could join company's Redmi series. An unannounced Xiaomi smartphone dubbed 'Riva' has appeared on GeekBench with mid-range specifications and latest Android version.

The listing reveals that the handset is powered by a quad-core Qualcomm Snapdragon processor clocked at 1.4GHz. The chipset could either be Snapdragon 425 found on Redmi 4A or the updated Snapdragon 427 chipset. The handset offers 3GB RAM and has managed to score 560 in the single-core benchmark and 916 in the multi-core benchmark. 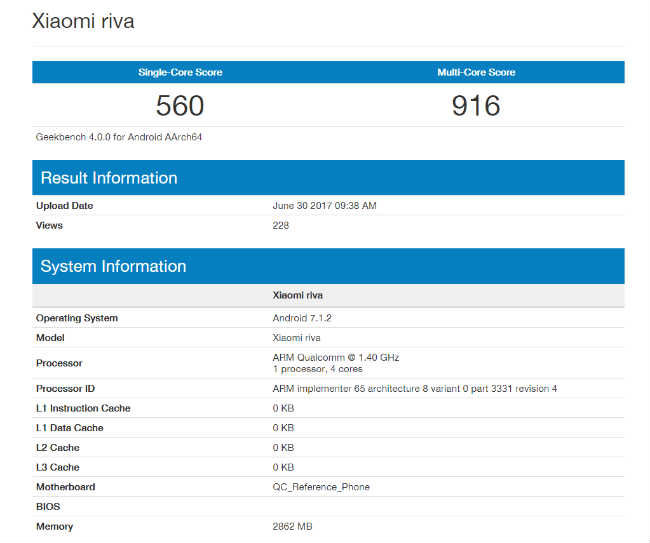 Interestingly, the handset runs Android Nougat 7.1.2, the latest version currently only available for Pixel and Nexus devices. There is no other detail about this smartphone but this could be company's next entry-level handset. Xiaomi has already announced Mi 6 and Mi Max 2 this year and it is expected to announce Mi Mix 2, Mi Note 3 and Redmi Pro 3 later this year.