The new update brings the Face Unlock feature along with some system level stability updates. Xiaomi has started rolling out the MIUI v9.2.4 NEIMIEK update for its recently launched Redmi Note 5 Pro (review) smartphone. At the device’s launch, the company promised that the Face Unlock feature will be rolled out for it by the end of March. Now it seems the feature is arriving earlier than expected. The update also improves the system’s stability and weighs in at 1.6GB. The Redmi Note 5 Pro is also Xiaomi’s first smartphone to feature Face Unlock. 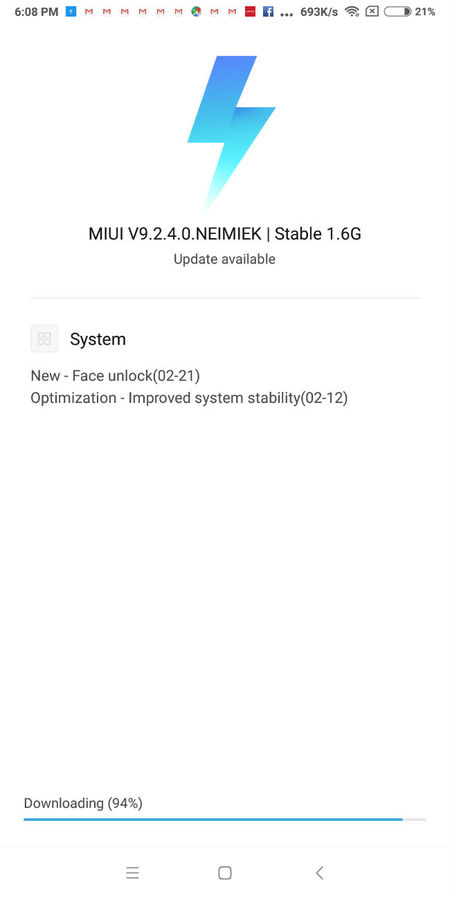 Xiaomi’s Product PR Lead Clinton Jeff took to twitter and said that the update will be available for users out-of-the-box. However, one can also navigate to System Updates in Settings and check if it’s available for their device manually or use the Updater app. The Redmi Note 5 (review) and the Note 5 pro (review) were launched on February 14 and went recently on sale. Xiaomi claims that it sold one lakh units of the smartphones per minute and a total of three lakh units went out of sale in just three minutes.

In terms of camera, it features a dual 12MP + 5MP rear sensors with f/2.2 aperture lens and f/2.0 aperture lens respectively and comes with a 20MP front-facing camera with Selfie-light and Beautify 4.0 feature. Backed by a 4000mAh battery, the smartphones runs on MIUI 9 atop Android Nougat out-of-the-box and sports a rear placed fingerprint scanner.