The new operating system is slated to soon roll out for users globally. 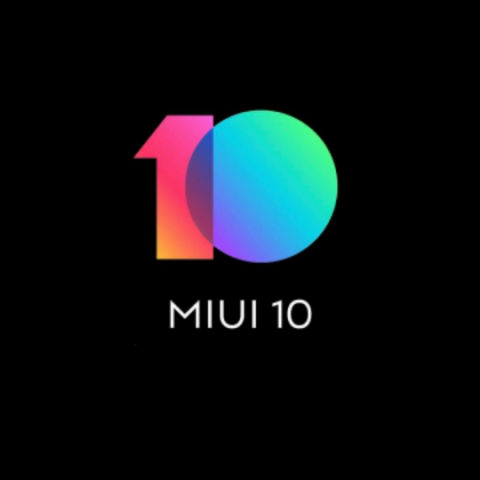 Xiaomi has been on a roll this year with back-to-back smartphone releases, at least in India. It recently announced its Redmi 6 series of smartphones in India, consisting of the Redmi 6, Redmi 6A and the Redmi 6 Pro. The three smartphones run on MIUI 9.7 and are being shipped with the promise of being updated to MIUI 10. Meanwhile, in China, the company has announced the Android Pie based MIUI 10 update, as an Insider Beta for its Mi 8 smartphone. The news comes via the company’s official Twitter account and it also states that it will be globally rolled out for users at a later date.

The MIUI 10 was officially announced back in May, along with the Mi 8 series of devices in China. XIaomi has put more emphasis on the use of AI with the new operating system. It features a refreshed recent screen, which is aimed at maximising screen space and it also supports full-screen display gesture, swipe to delete tasks and more. Additionally, MIUI 10 itself helps the user to capture AI portraits with bokeh effects on both single and dual camera smartphones. Using Machine Learning, MIUI 10 is said to reduce app load times to “zero” by studying and anticipating a user’s actions and it can also be used for controlling smart home devices.

Android Pie is available on Mi 8 (insider beta) now in China. It will roll out later for global. pic.twitter.com/p19XKaHlIQ

As mentioned above, Xiaomi recently launched its Redmi 6 series of smartphones in India. The company has launched the Redmi 6A, Redmi 6 and the Redmi 6 Pro smartphones, which vary in prices, specs and features. Xiaomi says that the Redmi 6A is a smartphone for all and it’s the successor to the company's entry-level Redmi 5A smartphone. The Redmi 6 has been updated with dual-cameras and an Octa-core SoC, while the Redmi 6 Pro is the company’s first Redmi smartphone in India to feature a notch on top of its display.

The 2GB RAM/16GB storage model of the Redmi 6A is priced at Rs 5,999 and there is also a 2GB RAM/32GB storage version of the phone, which is priced at Rs 6,999 for the first two months. The device will go on sale at 12 PM on September 19 via Mi.com, Amazon.in and via the company’s Mi Homes and offline partners. The Redmi 6A and the Redmi 6 smartphones come in Black, Gold, Rose Gold and Blue colour variants.

The Redmi 6 also comes in two versions, one with 3GB RAM/32GB of internal storage and its introductory price is Rs 7,999. The 3GB RAM/64GB storage version of the device is priced at Rs 9,499. It will go up for sale at 12 PM on September 10 via Mi.com, Flipkart, Mi Homes and offline partners. Launch offers on the Redmi 6 include a Rs 500 off for HDFC debit/credit card customers on the first sale when purchasing the device online.

The Redmi 6 Pro will ship in Red, Blue, Gold and Black colour models and the company is providing an ultra slim case in the box. It will be available in two variants, one with 3GB RAM/32GB storage, which is priced at Rs 10,999 and another with 4GB RAM/64GB model that costs Rs 12,999. The smartphone will go on sale at 12 PM on September 11 via Mi.com, Amazon.in and via the company’s Mi Homes and offline partners. HDFC credit/debit customers will get the same Rs 500 off on the purchase.

It should be noted that all of the three smartphones have been launched at an introductory price, which could be changed at a later date if the value of the Rupee depreciates further in comparison to the Dollar. You can read more about the smartphones here.