Xiaomi helped Google reboot its Android One program with the launch of the Mi A1 in September. The Mi A1 runs the stock version of Android 7.1 Nougat as opposed to MIUI found on the company's other smartphones. 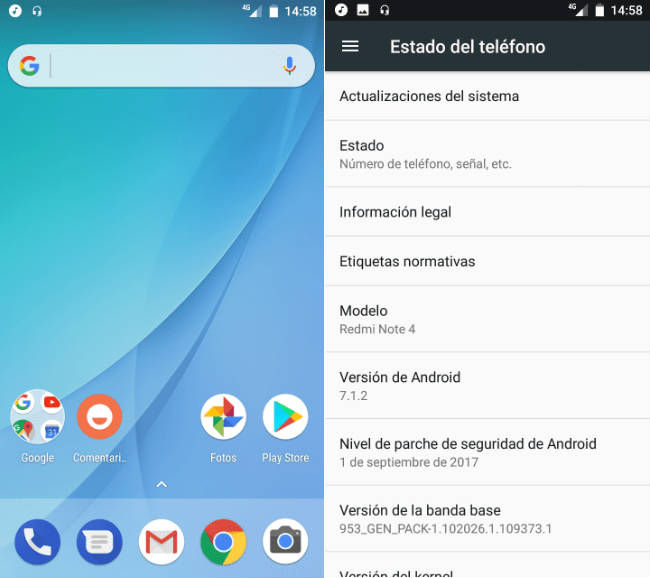 Those interested can download the ROM at XDA and store it in the internal or external memory of their device. Redmi Note 4 and Redmi Note 4X users can then use TWRP to wipe cache, data, system and enter recovery mode to install the ROM. The report says restarting the device will boot it to the stock Android operating system. It also notes that users get stock Android 7.1.2 Nougat with the security patch for the month of September.

The stock Android ROM of the Mi A1 was first successfully ported to the Mi 5X in September. The Mi A1 is basically based on the Mi 5X and runs stock Android instead of MIUI 9 found on the Chinese variant. Earlier this month, developers at XDA also managed to improve the image quality of the Redmi Note 3 by porting Pixel's camera app to the smartphone. With Redmi Note 4 getting stock Android, it seems evident that there is a community that likes Xiaomi smartphones running the vanilla version of Android.