Reports suggest that Xiaomi may be planning to update as many as 32 devices to MIUI 10, which will most likely be based on Android Oreo 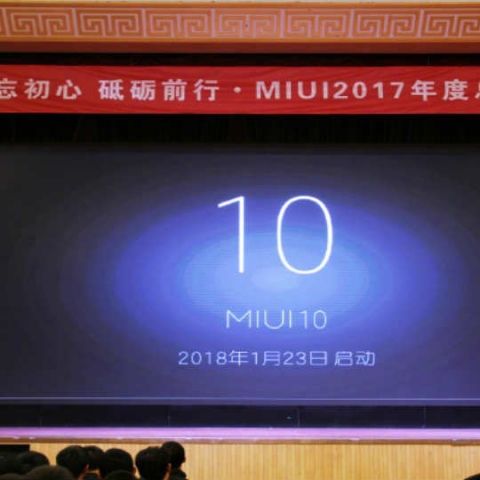 To recall, Xiaomi’s Senior Vice President, Hong Feng had made the announcement regarding MIUI 10. However details regarding the interface were not revealed. The new interface will most likely be based on Android Oreo and reports suggest that it could focus on artificial intelligence and machine learning.

A few weeks back, Xiaomi started rolling out the MIUI 9 update to a whole host of devices including the Redmi Note 3 smartphone. However, it should be noted that the update is based on Android Nougat and not Oreo. Currently, the Xiaomi Mi A1 is the only phone on the company’s portfolio to run the latest version of Google’s mobile operating system.