Amazon has put up a microsite on their website dedicated to the Xiaomi smartphone and images hint at the device being the Xiaomi Redmi 5. 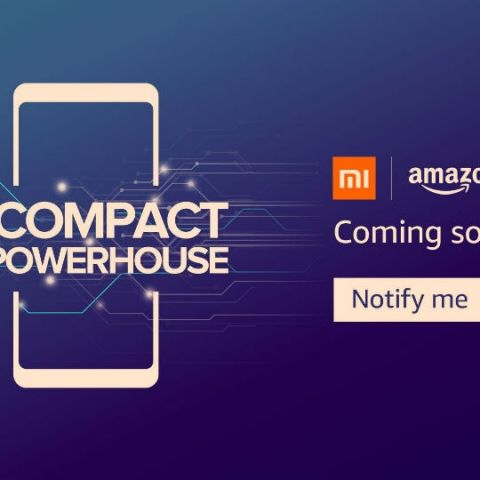 Xiaomi will soon be showcasing its Compact Powerhouse phone on March 14 and it will most likely be the Redmi 5. Now, the online retailer Amazon India has put up a webpage dedicated to the device and has confirmed that it will be exclusive to the website. The banner on the web page teases the Compact Powerhouse mobile phone which will be showcased on the e-commerce website at 3PM on March 14. The micro-website has also placed two images, tipping that the device is most likely the Xiaomi Redmi 5.

The company had teased the smartphone recently towards the end of the Mi LED Smart TV 4A live stream. Xiaomi also posted the “Compact Powerhouse” teaser of the smartphone. Xiaomi says in the post, “It’s slim, sleek and slick. It’s also a powerhouse that fulfils your needs. Revealing the new #CompactPowerhouse in just a few days.”

The Xiaomi Redmi 5 features a metal unibody design and has already made its debut in China last month. In terms of specifications, the smartphone is powered by an octa-core Qualcomm Snapdragon 450 chipset and sports a features a thin-bezel design with a 5.7-inch HD+ screen with a 1440x720p resolution.

On the rear, it comes with a 12MP rear camera with a 1.25-micron pixel sensor and on the front, it sports a 5MP sensor coupled with Beautify 3.0 feature for “enhanced” portrait shots and a soft tone selfie light. Connectivity options on the device include a 3.5mm headphone jack, Wi-Fi, Bluetooth 4.2, A-GPS, and a micro-USB port for charging. The device is powered by a 3300mAh battery and comes with a rear-mounted fingerprint scanner. It runs on MIUI 9 on top of Android 7.1 Nougat.