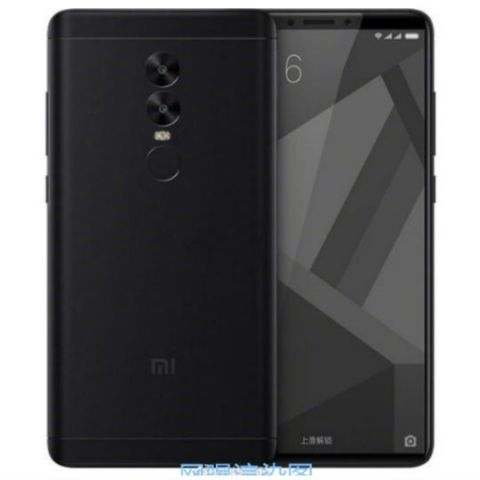 Xiaomi, the Chinese smartphone maker has had a great run this year in terms of both revenues and gaining market share. After a lacklustre 2016, the company has managed to regain the fifth place in the global smartphone market.  Xiaomi has sold over 5 million units of the Redmi Note 4 in India and the company has also managed to ship over 10 million smartphones globally in the last two months. It is expected to refresh the Redmi Note 4 and Redmi 4 with the launch of the Redmi Note 5 and Redmi 5 next year. For Xiaomi, the Redmi series is a major contributor in terms of volume and with the next Redmi series, the company is expected to adopt a bezel-less design.

The Xiaomi Redmi Note 5 was spotted on Chinese certification website TENAA last month and Redmi 5 specifications had leaked as early as July this year. The retail box of the Redmi 5 Plus had leaked in September and now the handset has leaked in the form of a render. The leaked render obtained by GizChina suggests the smartphone will sport a thin-bezel design with a large display supporting the trendy, new 18:9 aspect ratio.

The render reveals it will feature a FullView display with 18:9 aspect ratio and dual rear camera setup. The render shows a vertically stacked dual camera setup with dual-LED flash and fingerprint sensor placed below it. The rear fingerprint sensor placement seems similar to that of the Redmi Note 4. Rumours suggest that the phone will feature either Snapdragon 625 or the newer Snapdragon 630 chipset and could launch with 3GB RAM and 32GB internal storage.

Xiaomi was one of the first major smartphone makers to adopt a bezel-less design with the launch of the Mi Mix last year. Even Xiaomi's Chinese competitors including Huawei, Oppo and Vivo offer smartphones with a bezel-less design and taller 18:9 aspect ratio. By bringing the design language to the Redmi series, Xiaomi will further strengthen its position in the entry-level and mid-range segment.