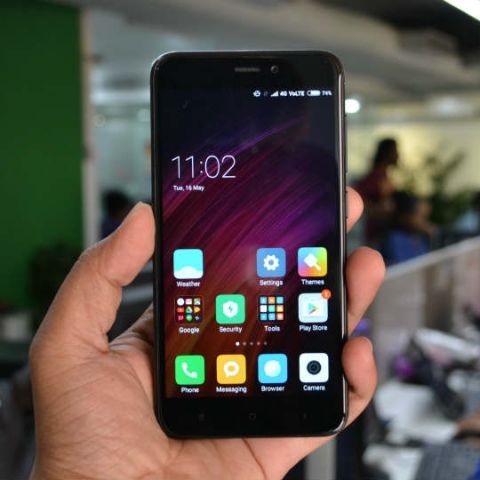 Xiaomi has launched the successor to the Redmi 3S and 3S Prime in India. Called the Xiaomi Redmi 4, the device is available in three variants, namely 2GB RAM/16GB storage, 3GB RAM/ 32GB storage, and 4GB RAM/64GB storage. The three are priced at Rs. 6,999, Rs. 8,999, and Rs. 10,999 respectively. All three variants will be available exclusively via Amazon and Mi.com from May 23. Like its predecessor, the new devices comes with a metallic build and looks like a smaller version of the Redmi Note 4 smartphone. All three variants come with a fingerprint sensor.

All three variants of the device come with a 5-inch 720p display and are powered by a Qualcomm’s Snapdragon 435 platform. The devices come with a 13MP rear camera and a 5MP front camera. All three variants are equipped with a 4100mAh battery and run MIUI 8, which is based on Android Marshmallow. User can also run a preview version of Android Nougat.

Besides the Redmi 4, Xiaomi has already launched the Redmi 4A and the Redmi Note 4 in India this year. While the company has unveiled its new flagship, the Mi 6 in China, it is not yet known if or when the company plans to launch that in the country. 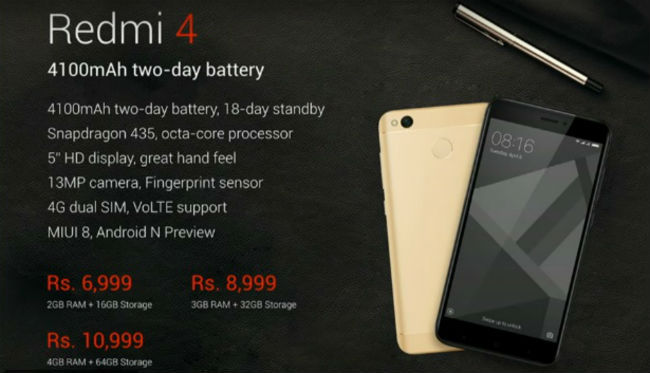