In a post on Weibo, Lei Jun said that he had met up with the designer of the Mi Mix, Phillipe Starck to work on a new model 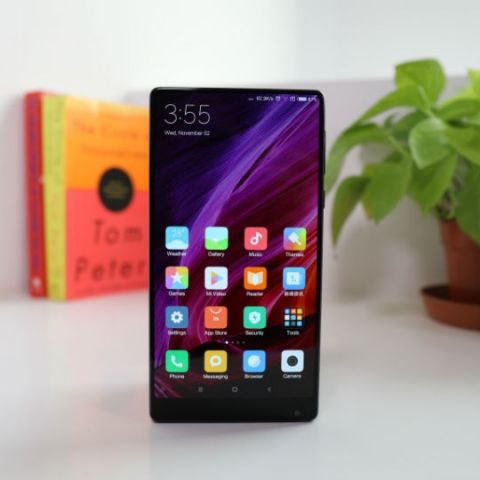 Xiaomi’s Mi Mix smartphone was launched just a new months back and it seems like Xiaomi is already working on its successor. In a post on Weibo, Xiaomi’s CEO, Lei Jun announced that he had met up with designer Phillipe Starck (the designer of the Mi Mix) to discuss the design of the next generation Mi Mix. In his post, Jun states, “Today, I am pleased to meet again with international design master Philip Stark, who introduced me the design concept of millet MIX next generation, and then we both will continue to explore how to make these exciting innovations as a reality.”

The Mi Mix was launched in December last year and offers a 6.4-inch FHD display. However, unlike most other smartphones, it doesn’t have a top bezel. The earpiece, and sensors were embedded behind the display, while the front camera was moved to the bottom of the device. 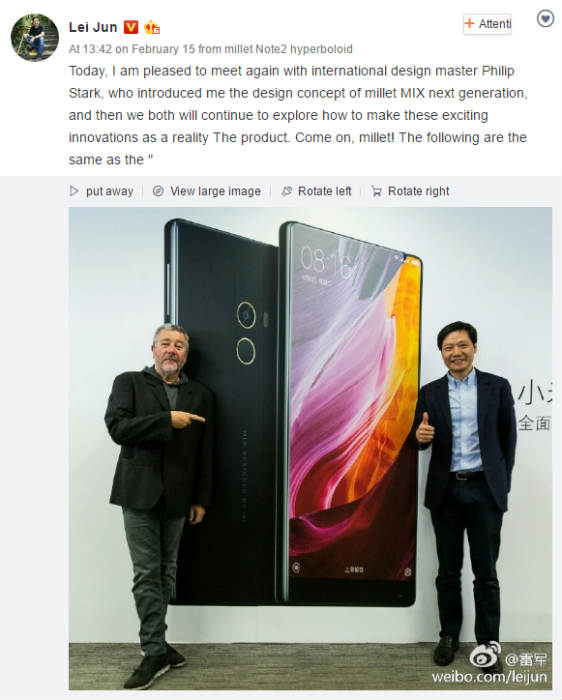